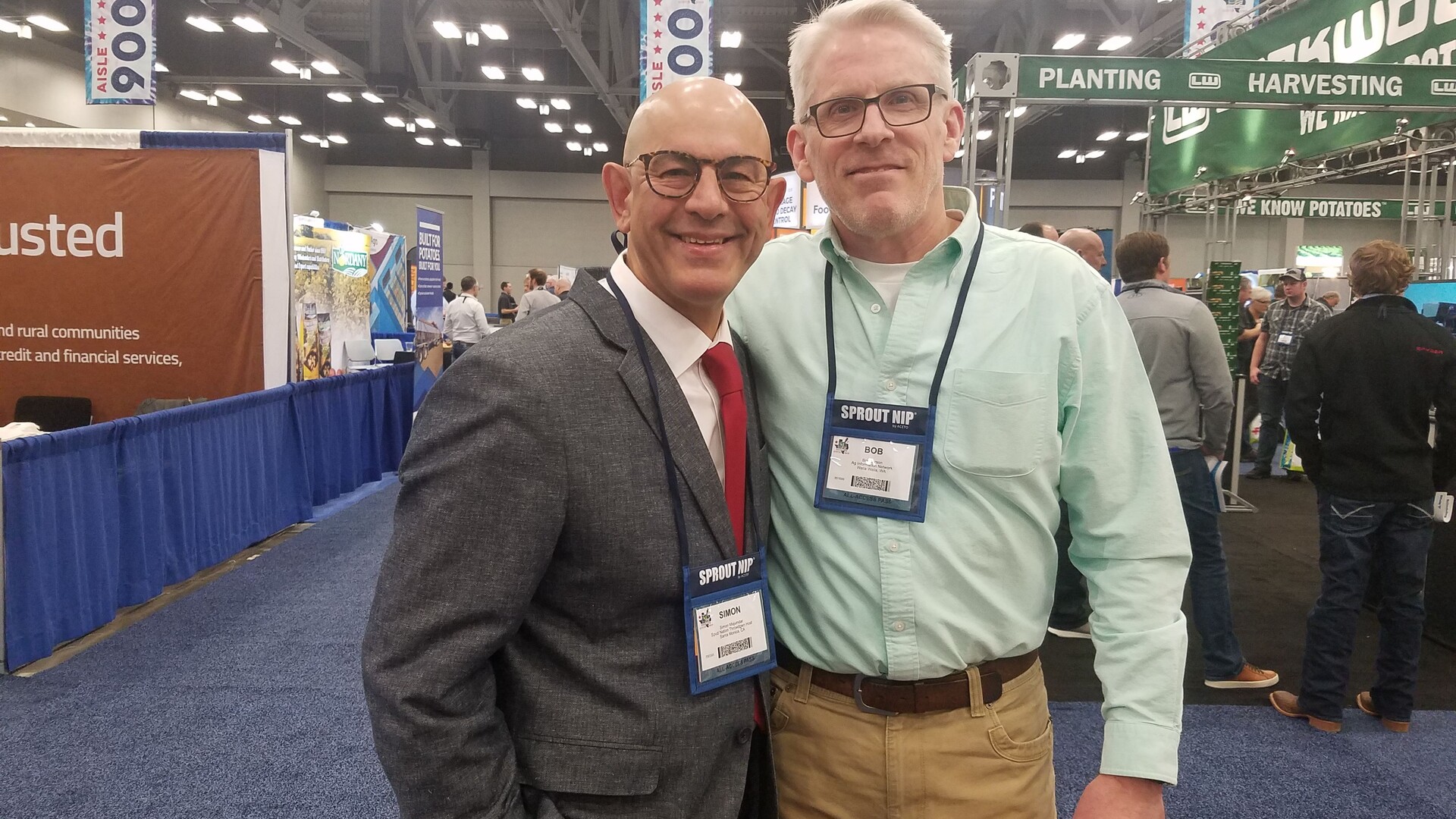 I’m Bob Larson. Taters, spuds, potatoes, no matter how YOU fix them, just about everybody in every culture has a favorite they crave. I recently had a chance to learn more about potatoes, a Northwest staple crop, from author and TV personality Simon Majumdar who you may recognize from his appearances on the Food Network …

MAJUMDAR … “I have been on the Food Network a time or two. Whenever they can’t stop me going through security, I’ll go an put myself on show, but things like ‘Iron Chef,’ ‘Beat Bobby Flay,’ and ‘Cut-throat Kitchen,’ and ‘Guys Grocery Games.’ I’m the mean judge that they bring in to kind of upset people.”

But potatoes, is there a more versatile food in the world?

MAJUMDAR … “I mean, there really isn’t one and the fact is that, I also write about history. So, I have a food history podcast called ‘Eat My Globe’ and one of the first things I wrote was about Britain so I wrote about fish and chips, the history of fish and chips, a fantastic history. So, I had to research the history of potatoes which obviously goes back thousands of years to the Andes, and in fact in the Andes they still have four thousand types of potatoes that they sell in the markets which is extraordinary.”

MAJUMDAR … “What I like about potatoes is A, there’s so many different styles. So, you can make a great salad or you can make whatever you want, but also they’re so versatile in that they can fit into any cuisine. So, potatoes have been taken everywhere and have been fitted in to everywhere. You name your cuisine, and I’ve been to 80 countries now, I’ve been to every state in the U.S., I can see where they fit in and I think that’s really exciting.”

Listen tomorrow for more of Simon’s take on potatoes and the potato industry so important here in the Pacific Northwest.