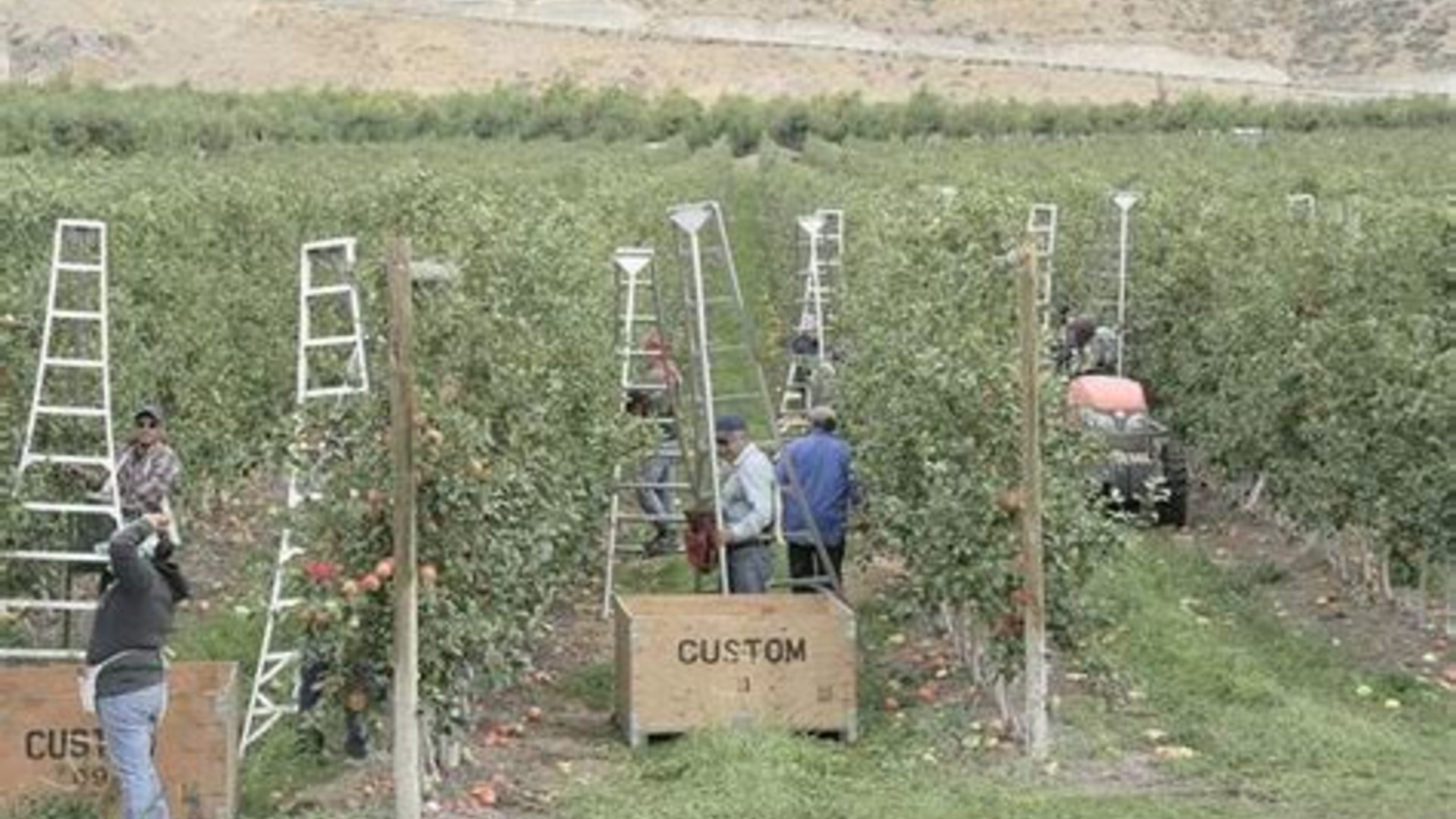 With today’s Fruit Grower Report, I’m Bob Larson. One of the challenges for agriculture during this coronavirus challenge is keeping everyone safe and healthy in the fields and packing houses.

POWERS … “I think there are two components to what you’re talking about Bob. Obviously, we’ve got a guest worker labor force, guest workers that come in under the H-2A program and they are, you know, on their way up and will be over the coming weeks and months and, so far, that appears to be working.”

Obviously, Powers says we need to stay on top of this …

POWERS … “I’m not saying it isn’t without challenges, and those that are involved in that whole process for the industry are doing a great job and sorting things out day by day, but I haven’t heard right now that there’s any shortages there, or any emergencies.”

But even with enough workers, Powers says other challenges remain …

POWERS … “So, the process, while more cumbersome than it’s ever been and more fraught with challenge, still seems to be working. It’s more costly. People are having to take into account the spacing and safeguarding and all the other things that everybody needs to be doing these days, but again, we seem to be okay so far.”

Listen tomorrow for more on the labor and safety challenges employers are taking on as harvest season gets underway.

BL: Welcome back to another “Fruit Bites” brought to you by Valent U.S.A. With me as always is Valent’s Allison Walston. And this week Allison, we’re talking about Bt … but what is it short for.

AW: Bt is short for Bacillus thuringiensis kurstaki, a natural bacteria and biopesticide, that works on some Lepidoptera, like gypsy moth, leafrollers, cabbage looper and armyworm pests.

BL: And, how do bacteria control caterpillars?

AW: Humans, fish, birds and other insect’s guts don’t have the same receptors, so the Bt proteins won’t attach. Valent has two Bt brands, DiPel and XenTari that are effective on a lot of our major caterpillar pests.

BL: As always, thanks Allison. Join us again next time for Fruit Bites, brought to you by Valent. Until then, I’m Bob Larson.