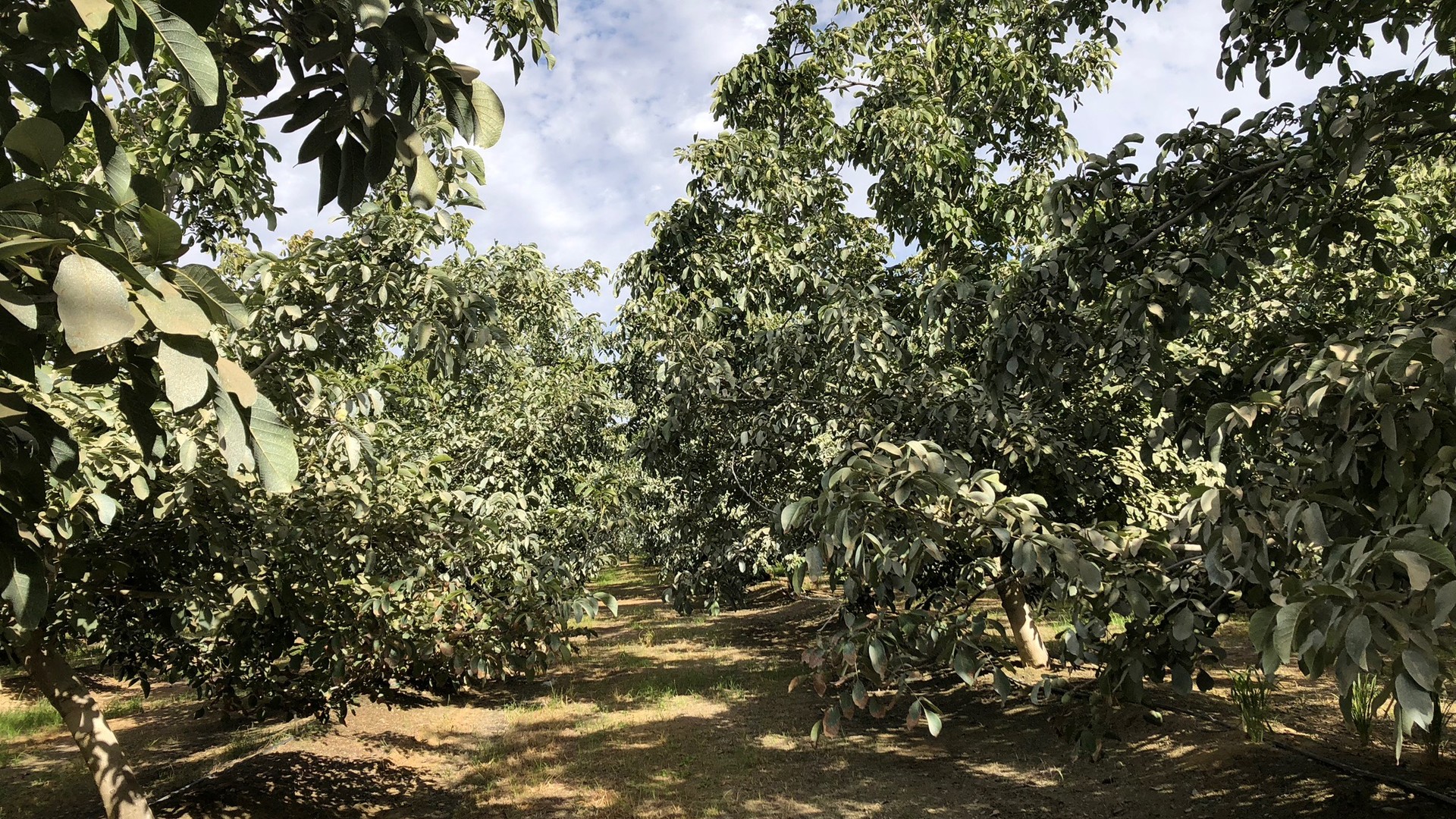 Hester says are getting ready for a new year. “This is springtime and the trees are just starting to bloom. It’s the beginning of a new season for us as far as the development of our crops are concerned,” Hester said. “We're actually in kind in a period in-between where we've done our winter work and that's pretty well done and we're waiting for the bloom to mature and then we'll be able to see what kind of set we've got for this coming year.”

“Some of the varieties are sensitive to rain and wet weather, so we have to treat them appropriately to keep mold and mildew from developing in the fruit at this early stage,” he noted. “So that's also part of what we're doing now.”

Hester explains the main varieties that are grown by California Walnut growers. The three main varieties would be the Chandler, which is a majority of everything that the state has. Next is Tulare, which is grown in this part of the Valley and in the North part of the state, it’s more of the Howard variety. And there's a newer variety, called the Ivanhoe that's grown in more in the South part of the state where Hester farms. That's a real early variety,” said Hester. “That's a pretty new, very promising, but we don't still don't know a lot of details about it.”