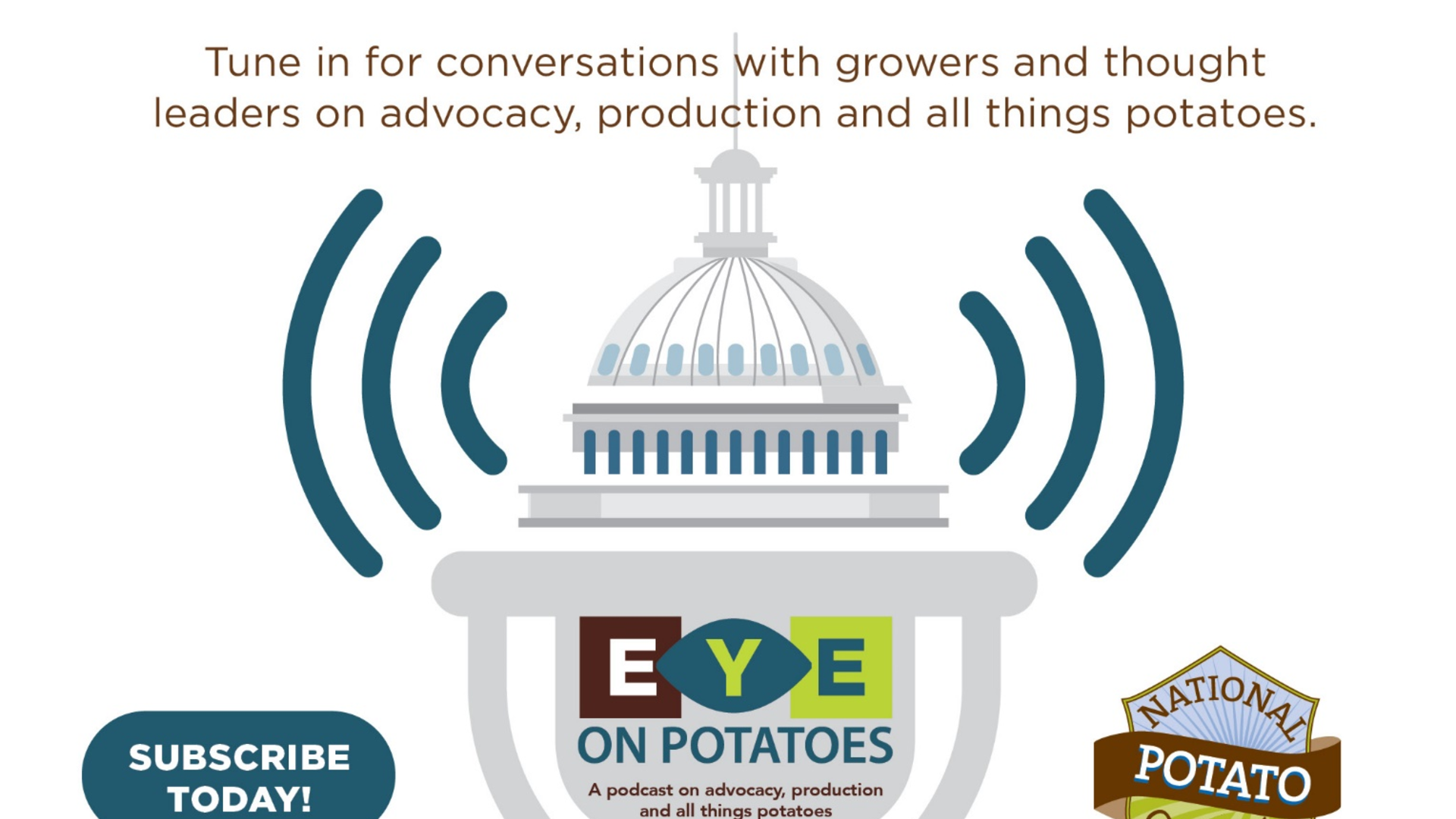 I’m Bob Larson. The National Potato Council is now spreading the latest in potato matters through podcasting, with the new, biweekly release of the “Eye on Potatoes.”

NORDLUND … “The podcast can be found on Apple Podcast, and also on Google Play, and where ever podcasts are listened to.”

Nordlund says “Eye on Potatoes” comes out every other week, and will end with a wrap up from National Potato Council CEO Kan Quarles …

NORDLUND … “So, I will engage with him every other week and we will get an update on what is going on in Washington D.C. that week and how that’s impacting the potato industry.”

Nordlund says the “Eye on Potatoes” is for everyone …

NORDLUND … “Whether it’s for a producer out there that’s jumping in to go plant a field, they can listen to it one show at a time or six shows at a time. Or, if they’re just driving to town, or if it’s someone up on Capital Hill, it can be a part of their morning routine.”

And for us technically-challenged types, Nordlund says …

NORDLUND … “And if you’re not familiar with podcasts, ask your kids or your grandkids. They know a bit what they are and how to subscribe and it’s just a great resource to turn on, whether it’s just on your smart phone or if you’re driving down the road and connected to your vehicle.”

Go to Google Play or Apple Podcast to find the “Eye on Potatoes.”

Kicking off the 12th annual Potato Expo, held Jan 14-15 in Las Vegas, the National Potato Council announced the launch of its new podcast, “Eye on Potatoes.” The podcast, available on Apple Podcasts, Spotify, and Google Podcasts, provides a platform for growers throughout the country and policy makers in Washington to learn about industry policy priorities and hear from growers and experts on the latest issues affecting the industry.

“NPC was created in 1948 for the sole purpose of impacting federal policy to benefit the U.S. potato industry,” said NPC CEO Kam Quarles. “A key part of our ability to be successful in that mission is for growers and allied industry members to know what NPC is doing on the federal level, how it’s impacting them, and how they can get involved. The ‘Eye on Potatoes’ is a terrific way to keep our partners throughout the country and in D.C. updated, knowledgeable, and engaged with our efforts on their behalf.”

The biweekly podcast is hosted by Lane Nordlund, a professional television and radio agriculture broadcaster based out of Bozeman, Mont. Born and raised in Central Montana, Nordlund has been involved in production agriculture his entire life. He provides live televised broadcasts for the Montana Ag Network and hosts a segment on the statewide radio program “Montana Talks Hosted by Aaron Flint.” Nordlund also hosts a podcast for the National Cattlemen’s Beef Association and produces an agriculture podcast called “The LaneCast,” which focuses on rural and agriculture issues in the western United States.