The Agribusiness Update
Global feed production is at an all-time high, and exports of U.S. ethanol could reach record 4-billion gallons in 2020.

Land & Livestock Report
Corale Dorn, a Veterinarian from South Dakota spoke at an Alletch symposium recently about the health of new dairy and beef cattle saying that when it comes to saving the calf it's not about just get the amount of milk replacer, it's calories:

American Rancher
Alltech for the the past six years has conducted a global feed survey. China is still ranked number one and the U.S. two, but together produce one-third of the world's animal feed.

The Agribusiness Update
Reuters reports US wheat farmers are "cheering" trade action against China. Our wheat farmers, could be the main beneficiaries if Washington wins a case brought last week against China over an estimated $100 billion in domestic grain market supports. On Tuesday, U.S. trade officials said they would file a case at the World Trade Organization against China over allegations that aggressive pricing supports prompted Chinese farmers to overproduce corn, wheat and rice, fueling a global crop glut an

Consumers Are Affecting the Food Chain

Land & Livestock Report
Many farmers and ranchers today realize and are aware that consumers' expectations surrounding their food demand transparency.

The Agribusiness Update
Alltech through Hubbard Feeds, has acquired Ranch-Way Feeds a leading animal nutrition company that has done business in the Western United States for more than 60 years. 2017 will bring about some promising new additions to John Deere's product line up.

Land & Livestock Report
Today we are continuing our conversation with Alltech's New Business Development Director in China Ian Lahiffe about exciting opportunities happening right now in China with their expansion and modernization of their beef industry.

Land & Livestock Report
One of the exciting opportunities happening right now is the expansion and modernization of China's beef industry.

Farm of the Future
David Hunt, CEO and co-founder of Cainthus, shares more about some exciting facial recognition technology that is benefiting dairy producers.

Land & Livestock Report
Many ranchers are looking for ways to extend their pastures life for their herd.

Land & Livestock Report
Dr. Vaughn Holder Alltech's Research Project Manager for Beef Nutrition says cow/calf producers need to be sure and have a veterinarian in place as the Veterinarian Feed Directives loom closer.

Future of Anti-Microbial Use in Livestock

Land & Livestock Report
Alltech Vice President and Chief Scientific Officer Dr. Karl Dawson shares where the livestock industry is headed when it comes to the use of antibiotics in livestock or ... antimicrobials as he terms them.

Farm of the Future
This week, my bosses and owners of the Ag Information Network of the West, Kelly and Susan Allen, are participating in Alltech's annual conference this week in Louisville with nearly 3,000 other attendees from 63 different countries. 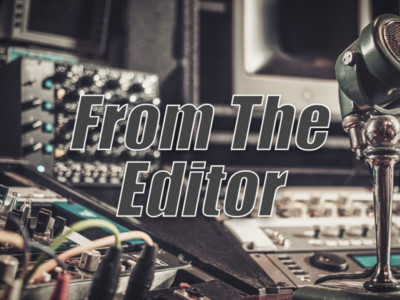 From The Editor
Alltech warns of mycotoxin threat and Farmville has millionsof monthly users.