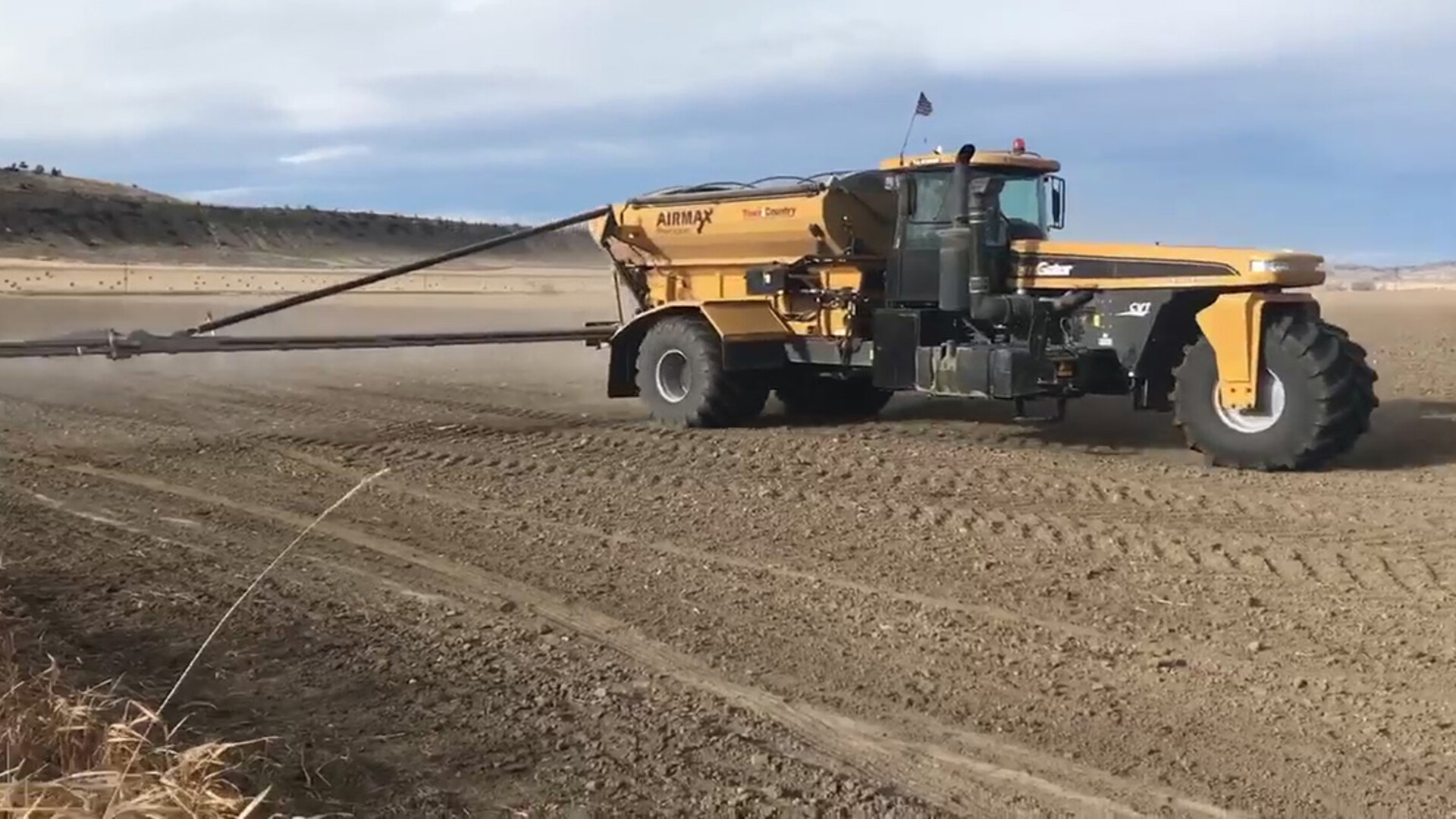 As the 2021 corn and soybean crops are coming out of the fields, the supply situation for fertilizer and other chemicals is shaping up to make 2022 an expensive year for inputs.

The move by China to ban phosphate exports until at least June of next year puts even more pressure on global phosphate trade. The U.S. doesn't buy much phosphate from China, but the country represents about 30% of world trade. Now China's traditional buyers will be looking elsewhere.

"And it just continues around the world as everyone goes other places to buy, and then they run out," said Josh Linville, director of fertilizer for StoneX. "The ripple effect is that the entire world trade balance goes down, and there's just not enough out there to go around."

The ripple effect won't be positive for growers, said Samuel Taylor, a farm inputs analyst for Rabobank. "You are likely to see pressure on urea, and the MAP and DAP, in particular. Those are the pricing products that were kind of really concerning."

Fertilizer prices have steadily risen this past year, according to retail prices tracked by DTN. Monoammonium phosphate (MAP) is 74% higher than a year ago while diammonium phosphate (DAP) is 63% higher. Nitrogen fertilizers such as urea ammonium nitrate (UAN) has gone up 78% from a year ago while potash is 85% higher. (For more, please read: https://www.dtnpf.com/…)

Linville said the fertilizer market will balance out around the world, but producers will have to adapt with tools such as variable-application technology and reduced applications, and fewer crop acres. "We have to be cognizant of whether we are really going to see 91 million acres (ma) of corn next year," Linville said. "That's a big question I have because there are a lot of fringe acres you have to add to get to that 91 ma number and they can max out yield next year and they still cannot afford the fertilizer. So, does the corn market need to start rallying its price to buy those acres back? I don't know."

Another factor for U.S. fertilizer buyers right now in the phosphate market is countervailing duties. Taylor said there was "perfect timing" last year with the petition for countervailing duties against Russia and Morocco and the start of the run up in phosphate prices. The duties helped increase prices, but now the phosphate situation has become mainly a supply and demand dynamic with a shortage of products driven by higher commodity prices.

Last February, commodity groups warned the U.S. International Trade Commission to deny a petition by Mosaic Co., which successfully got the federal government to place countervailing duties on phosphorus from Russia and Morocco. The American Soybean Association, National Corn Growers Association and National Cotton Council of America stated that tariffs on imported phosphate (phosphorus) fertilizers would "adversely affect crop production and farmer livelihoods." The farm groups also warned there would be few places in the world for U.S. companies to buy phosphate fertilizer without paying tariffs.

After duties were placed last spring on Russia (9.19% -47.05%) and Morocco (19.97%), Saudi Arabia, Jordan and Australia each picked up higher export contracts to ship phosphates to the U.S.

Following Mosaic's lead on phosphorus, CF Industries and its subsidiaries filed an anti-dumping petition at the end of June against urea ammonium nitrate (UAN) coming from Trinidad and Tobago and Russia. CF Industries argues both Trinidad and Tobago, and Russia, are heavily subsidizing UAN exports. The U.S. International Trade Commission voted in August to continue pursuing that petition, which could lead to countervailing duties on UAN from those countries early next year.

Talking to customers, Taylor said liquid 32, derived from UAN, is now one of the products most scarce on the market right now. "So there are concerns that policy has impacted the availability of UAN in the North American market at present as well," he said.

Before Hurricane Ida, fertilizer company Mosaic reported its phosphate sales for August were 76% higher in revenue from a year ago -- $465 million compared to $261 million -- while Mosaic sold about 10% less in phosphate volume. Potash sales totaled a higher price on less volume as well.

Mosaic's Faustina plant in St. James, Louisiana, and its Uncle Sam plant in Convent, Louisiana, were both affected by Hurricane Ida. The company reported early in September that the two plants could be down as many as eight weeks.

"Obviously, Mosaic going down on their production facilities has just tightened that market," Taylor said.

Just recently, U.S. buyers have started to go back to Russian and Moroccan suppliers despite the duties because the price gap has opened up so much that they can make a profit given the current prices of phosphates. Taylor said some barges have been booked because there is such a shortage of MAP in the North American market right now.

In Brazil, farmers who work with Rabobank are saying they are looking to apply less phosphate because of the current prices.

"I haven't looked at the spreads and prices between Brazil and the U.S., but I will tell you Brazilian farmers are balking at the price of phosphates," Taylor said. "They are starting to decide to reduce applications."

Compounding the situation on the nitrogen side is the run-up in global natural gas prices. U.S. natural gas prices hit a seven-year high on Wednesday while Europe and Asia are seeing the prices impact their power supplies. Facing those high natural gas prices, Linville said European fertilizer producers are idling plants.

Along with the fertilizer crunch, there are challenges in China with glyphosate production as well. With production at some facilities in the Gulf of Mexico also hit by the hurricane, there's growing concern about the availability of glyphosate into the next growing season, Taylor said.

"So, farmers are going to have be resourceful next year and very flexible with their approach to growing," he said.

Corporate clients right now see public policy globally as one of the biggest headaches in supply chains, Taylor said, whether it is the U.S., China, India or Russia. "There is public policy impacting the availability of a lot of inputs, not just fertilizers that you are seeing on the agrichemical side," Taylor said. "The other real headache is supply-chain dynamics -- the ability to get products to the North American market with port bottlenecks and increased labor costs on things like trucking. So, it seems like 2022 is shaping up to be an expensive year to be growing corn and soybeans, in particular."

NILE Stock Show and Rodeo is Back