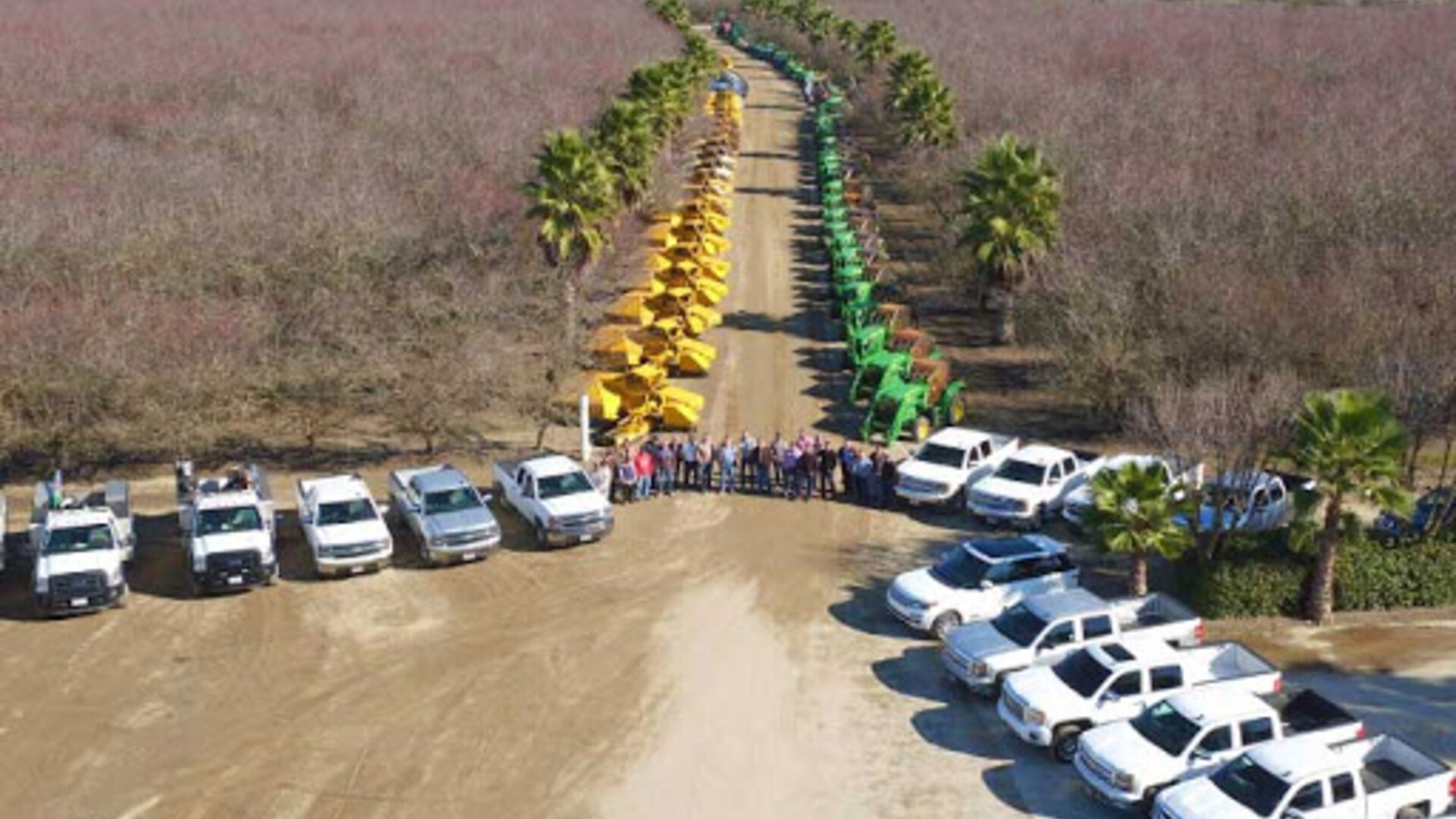 The Humble Beginnings of a Major Almond Operation

Russell Harris heads up Harris Family Enterprises. They grow almonds, and have a major nursery operation. They're a processor of almonds and a buyer and seller of almonds. They're in the Chowchilla area of Madera County.

“My dad's father migrated here in 1924. He farmed 80 acres in Chowchilla. And then my dad took over and I took over after that,” he said

He’s a third-generation grower in his family, he said his grandfather planted cotton and wheat, which were common crops at the time. And he said his dad planted the first almonds in the family in 1963. The year that Russell Harris was born.

Harris increased the acreage of his almonds and built a major holing operation. “We do 130 million pounds and we also sold about 27% of the trees in the state of California,” Harris said.

And it’s a busy time of year for Harris as he is hulling and shelling. About 70% of the almonds that we hull come here, the other 30% go to different processors. We provide a service to the growers, that's basically it.

Harris said that he ended up buying the distribution center of We ended up buying the distribution center from Gottschalks on highway 99. Gottschalks was Fresno based chain of department stores throughout the western states went out of business in 2009. “That's where we processed now. There's like 10 acres under roof there. We bought it in 2010 where we got lucky when things were cheap,” Harris explained.