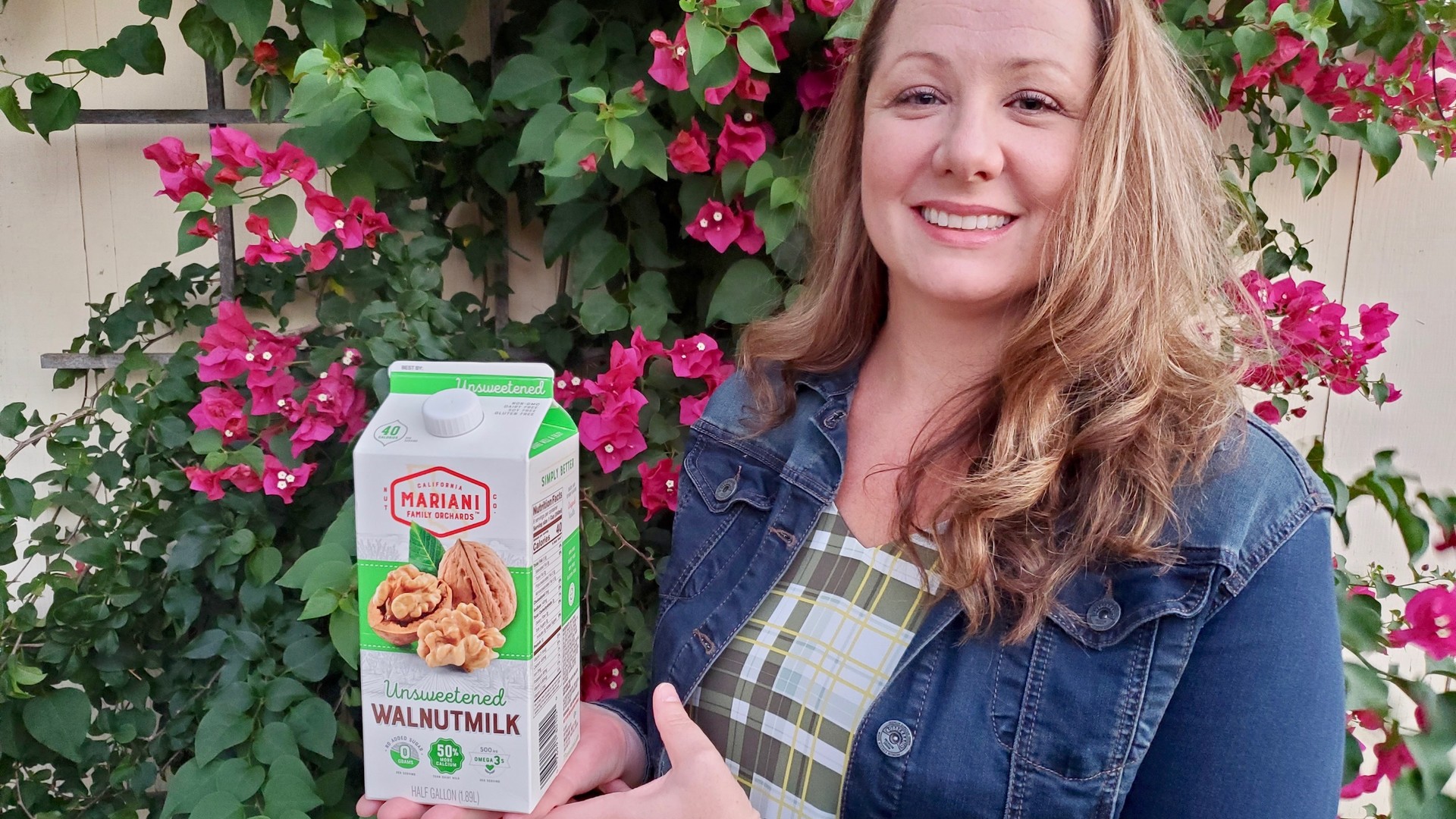 Almond milk has been around for years and now Walnut milk will be another consumer choice.

Mariani nut company based in Winters, California has grown to be one of the largest privately held walnut and almond processors in the world. And now they're the first to make and market walnut milk.

Miranda Ackerman is Senior Brand Manager for Mariani Nut Company. “So we developed our line of Walnut milk as we were seeing such tremendous growth in the plant based dairy alternative category,” said Ackerman. “We had positive feedback from our consumers initially, where we've launched our product,” she said.

Ackerman noted that it's a great tasting product. “That was our focus. We wanted a creamy product that also provided the healthy benefits of walnuts. So with each serving, we have over 500 milligrams of ALA plant based omega-3. And we also focused on a really low sugar product line because we know that's something that the plant based shopper is looking for,” she noted. “And we've been really excited about the initial feedback we've received. And we just hope to keep focusing on getting greater distribution and brand awareness over the next 12 months,” she added.

Ackerman said the walnut industry needs to create new products to move that oversupply and hopefully increase prices for growers. She noted that consumers will find their walnut milk in California and the Southwestern states.