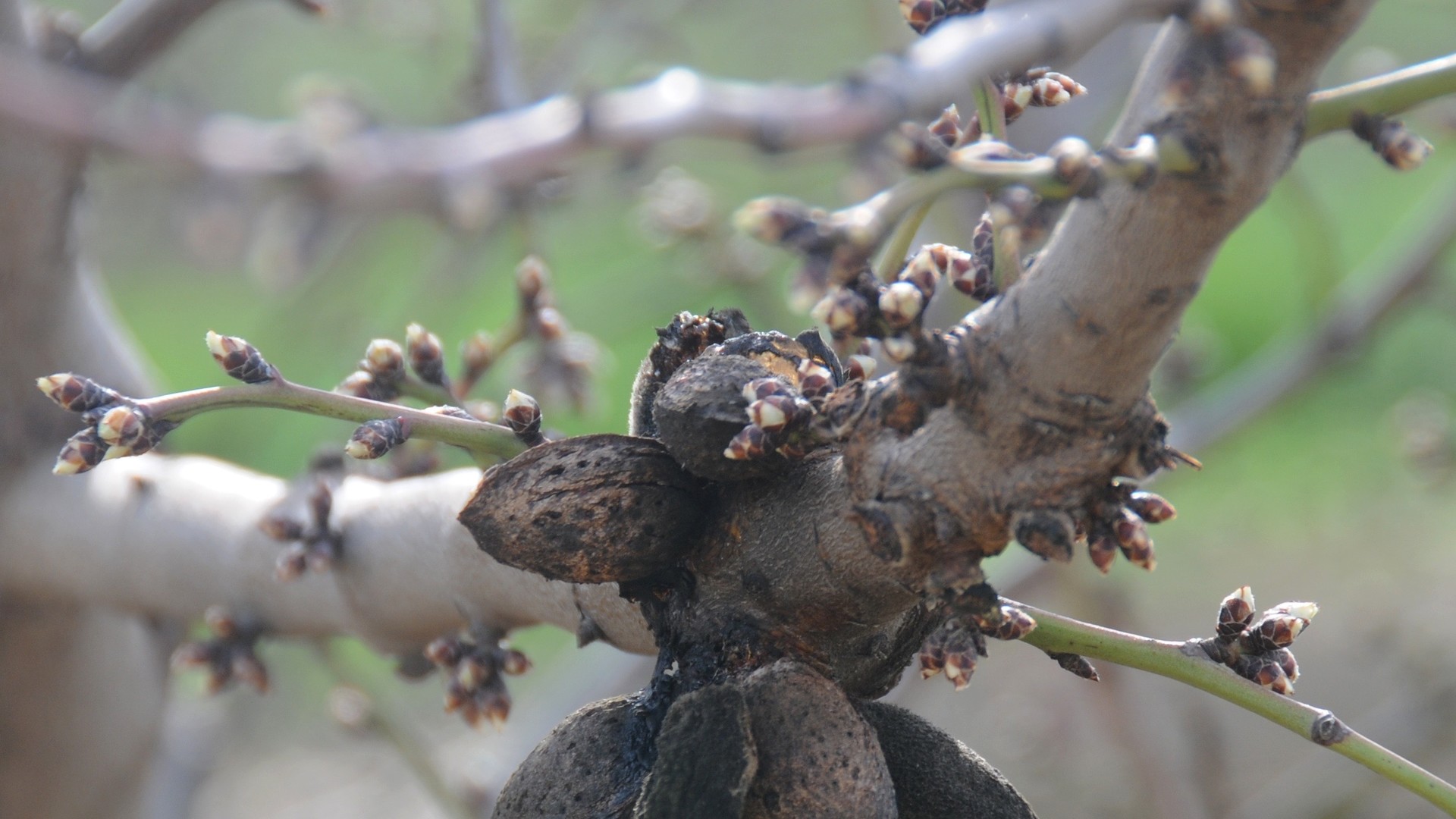 The cultural practice of sanitation for the control of navel orangeworm (NOW) has always been voluntary.

Removing those mummy nuts that are left in the tree after harvest is important. It’s known as sanitation because those nuts do harbor navel orangeworm larvae which could set up the following season as a tough NOW control year. Could it become mandatory eventually?

Joel Siegel is a USDA ARS entomologist based in Kearney, which is Southeast of Fresno. “There hasn't been mandatory sanitation yet, but people should be prepared that sanitation is going to be on everyone's mind and wouldn't it be a good idea to be picking up your game now so that you're not surprised down the line,” Siegel noted.

There's a big effort to release sterile moths in a major mating disruption strategy similar to what they did with the pink bollworm and that sterile moth technology is being partially funded by the Animal and Plant Health Inspection Service, part of USDA known as APHIS, and APHIS could in fact mandate mandatory sanitation.

“So to me, logically, APHIS can say, if you want our cooperation and we're putting the reputation of our agency on the line on this project, if we're doing that, we want things done to a certain standard,” said Siegel.

NAVELORANGEWORM ALMONDS PISTACHIOS USDA APHIS TREENUTS CALIFORNIA
Previous ReportMandatory Sanitation and Almonds and Pistachios to Fight Navel Orangeworm?
Next ReportGrowers are Working on the Almond Board of California’s Orchard 2025 Goals