I'm Bob Larson. No longer just a toy, Drones are being developed for use in many industries including agriculture.

KHOT ... "For example, there's a company, DGI, they have a drone platform called Argus which is capable of spraying chemicals. Yamaha, from Japan, they have this mid-sized drone that's just like a helicopter, which has a 9-foot rotor and it lifts a little bit more payload than small drones. They are already using that technology in Japan and the last several years they did do a lot of experiments in California vineyards and this season, they did commercial operations of that one, applying the chemicals surgically in hard to reach areas."

KHOT ... "The scale of agriculture in the U.S. makes us think a little bit better, that we cannot cover all of the acreage on small or mid-sized drones to spray everything effectively, but then, knowing that you can have drones to image your crop and find the problems, and then only spray that area where there's a problem, what is called surgical spraying, and that's where you'll see some of the uses of this drone technology."

Khot says they are already planning for more drone workshops to deal with recent changes in FAA regulations and more. 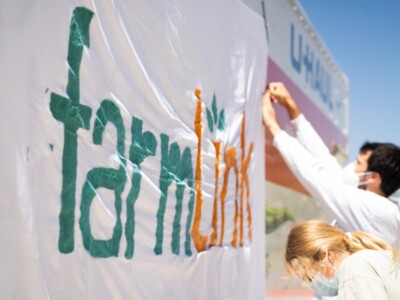