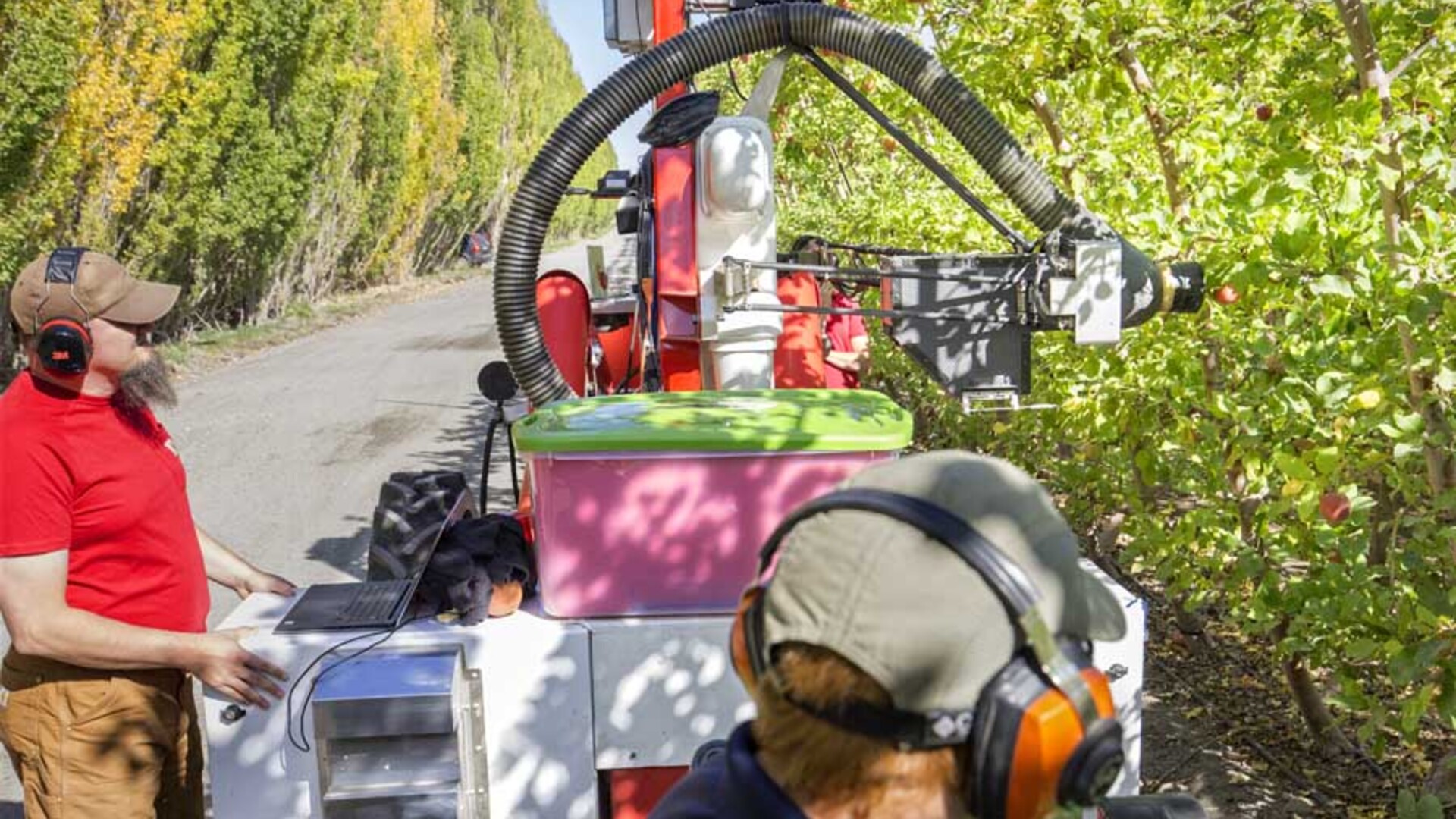 With today’s Fruit Grower Report, I’m Bob Larson. As seen in countless Sci-Fi blockbusters, robots continue to take over tasks previously held by us mere mortals. It’s certainly nothing new in agriculture where the development of mechanized marvels like the tractor and combine revolutionized the industry.

One of the latest creations, that can already be found in some orchard near you, is the Robotic Apple Picker …

STEERE … “Yes, this is new types of automation that’s coming into jobs which just, in the past, weren’t possible to automate and, not for lack of trying. People have been trying to come up with ways to automate fruit harvest for many decades. It’s just that apples are delicate and trees, you can’t just cut a tree down and throw away parts that you don’t want, like if you’re harvesting corn. So, it’s a hard problem.”

STEERE … “Well, it certainly depends on the size of the orchard obviously. But, we’re not ready to release the commercial specs, but basically, we’re talking about building a machine that in one day would do the equivalent work to tens of people. So, a machine that can be quite a bit more productive than a person, And, given the size of commercial orchards, you would expect to see multiple machines working in these large orchards at a time.

Steere says they’ve been testing the Robotic Pickers for years and hope to have them commercially in some Washington orchards this year.

He says once their apple harvester is established, they’ll likely work on developing robotic harvesters for other tree fruit as well.