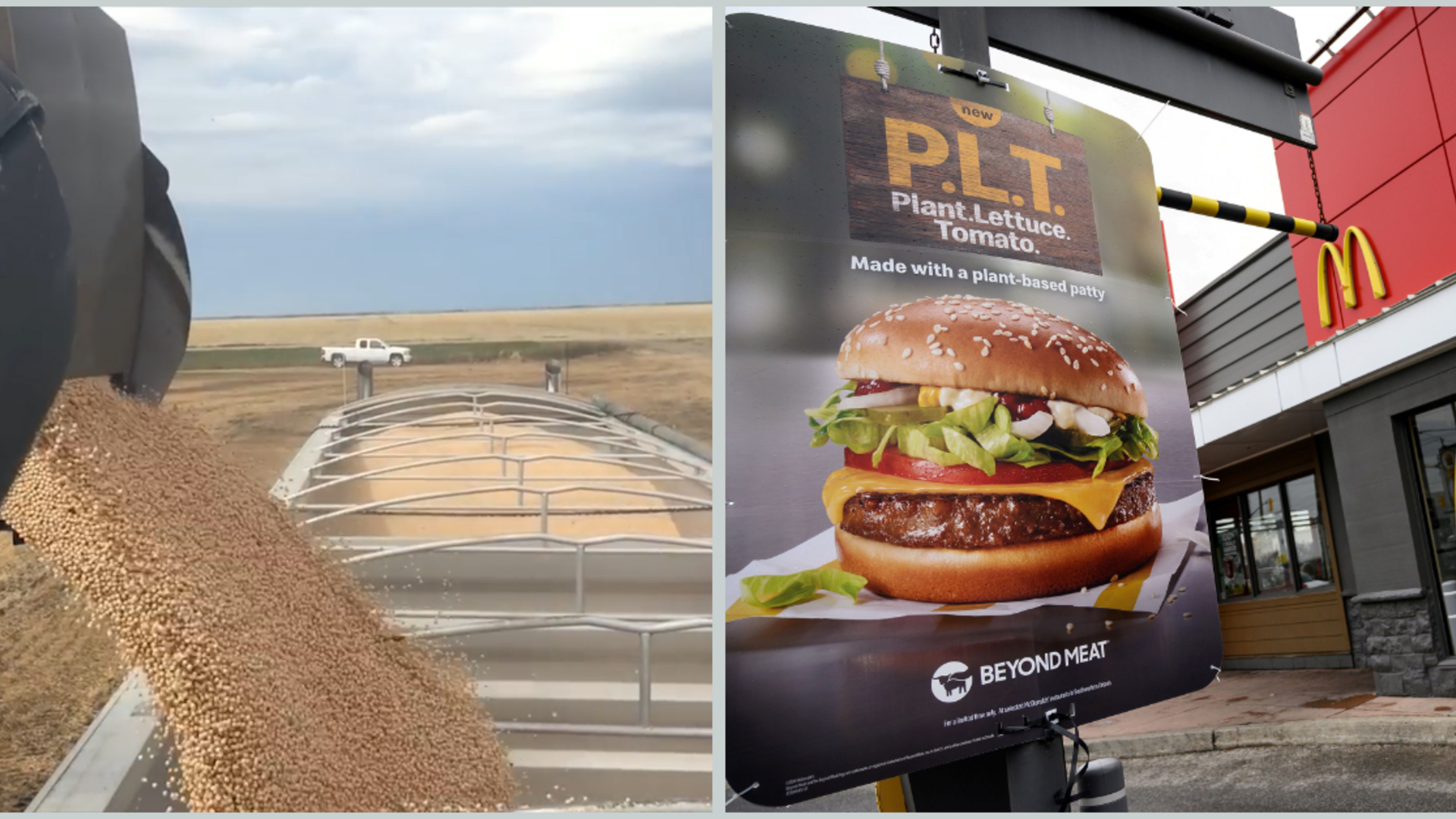 Beyond Meat's share price recovered earlier losses after announcing it collaborated with McDonald's Corp. in the creation of plant-based patties for the fast-food giant's new line of substitute meat products.

Boomberg News reports that the companies co-created the plant-based patty, which will be available as part of the new McPlant platform, Beyond Meat said. The company didn't say whether the collaboration was ongoing or offer financial details of any partnership. McDonald's declined to confirm the Beyond Meat news or comment on its suppliers.

The announcement from Beyond Meat helped the stock reverse earlier losses after McDonald's said its new plant-based burgers would be "crafted exclusively for McDonald's by McDonald's." The market interpreted that to mean it wasn't working with one of the main faux-meat suppliers, like Beyond or chief rival Impossible Foods Inc.

That original announcement had sent Beyond Meat shares plunging earlier on Monday and sparked a temporary pause in trading. Shares have since recovered and were little changed as of 2:07 p.m.

In an earlier call, McDonald's said its new McPlant line of products could eventually include plant-based chicken and meat for breakfast sandwiches. Some markets will test the burger next year.

Beyond Meat is scheduled to release third-quarter earnings Monday after the close of U.S. trading.

McDonald's didn't specify the markets where it plans to sell McPlant products. When asked about timing, Chief Executive Officer Chris Kempczinski said on the call that "the exact pace of that is going to be dictated, as it always is, by the customer demand."

Impossible Foods supplies Burger King with the patties for its Impossible Whopper, and Starbucks Corp. has added a sandwich with the company's plant-based meat in the U.S. Beyond Meat, meanwhile, has partnered with Starbucks in China and provides breakfast meat for Dunkin' Brands Group Inc. Both companies have become prevalent across the industry in recent years.