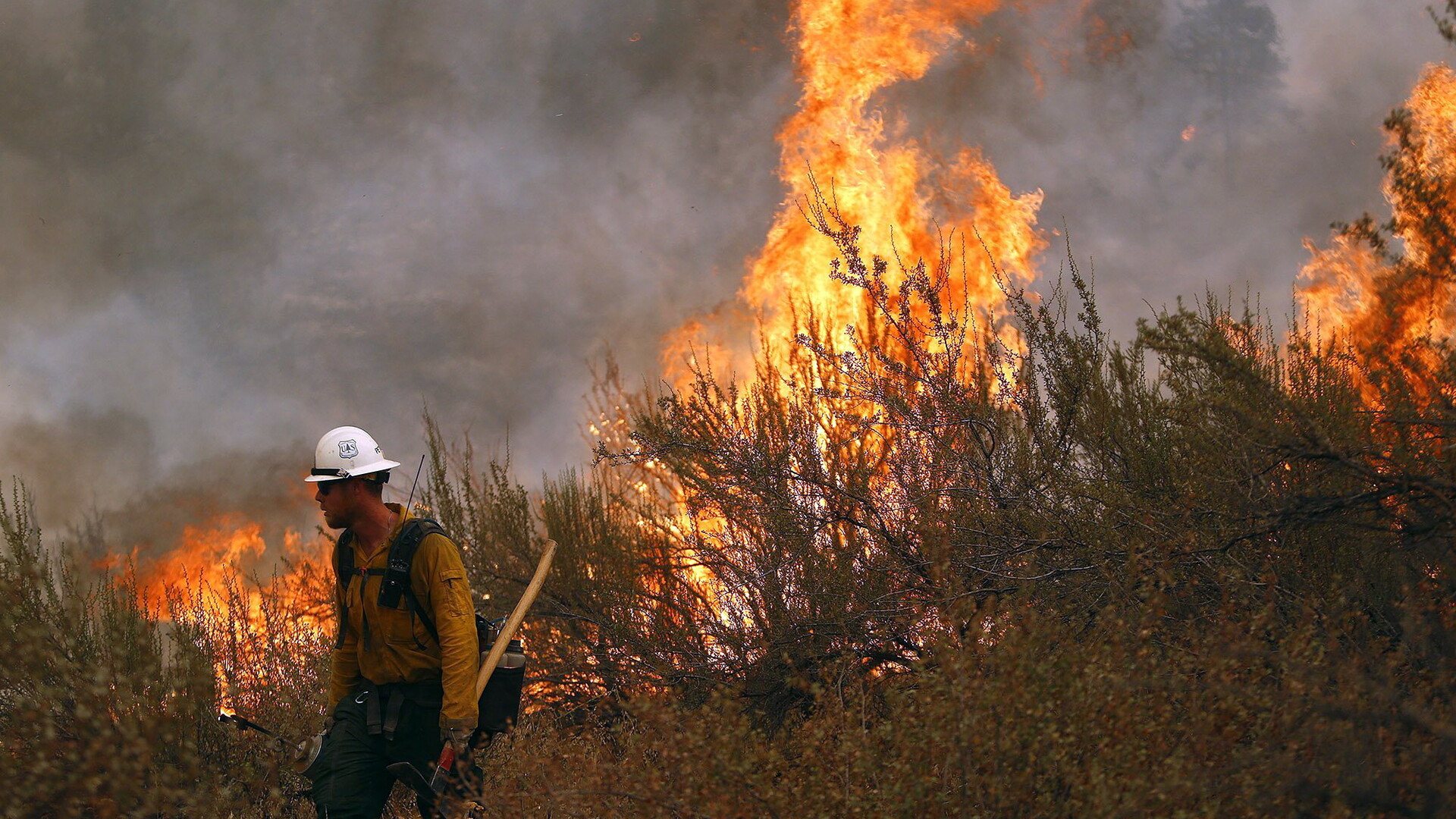 I’m Bob Larson. The Pacific Northwest had a rough September with wildfires scorching millions of acres across Washington and Oregon, leaving a blanket of smoke across both states for days.

But, saying that there is a direct connection between the wildfires and global warming, according to University of Washington Atmospheric Sciences professor Cliff Mass, is a stretch …

MASS … “I don’t think there is very much, and in my blog, I went through the logic of that. And, you know, basically, the key thing here were the winds, the northerly winds in Eastern Washington and the easterly winds on the western side of the Oregon Cascades. It was driven by a very fast-moving weather feature and there’s no reason to think that this kind of strong winds have anything to do with global warming, in fact, probably just the opposite.”

MASS … “First, they haven’t been increasing. And, secondly, our computer models don’t expect they’ll increase. In fact, our computer models suggest they’ll decrease under global warming. And, the fact that it was driven by cold air, you know, which could decrease under global warming, is another logical reason to not expect it. So, there’s no reason to think that these strong winds had anything to do with global warming. So, that’s very important, which is being ignored by some people.”

Listen tomorrow for more on why our wildfires weren’t caused by global warming, but why no one’s denying climate change is a real thing.

To find Cliff’s blog, go to