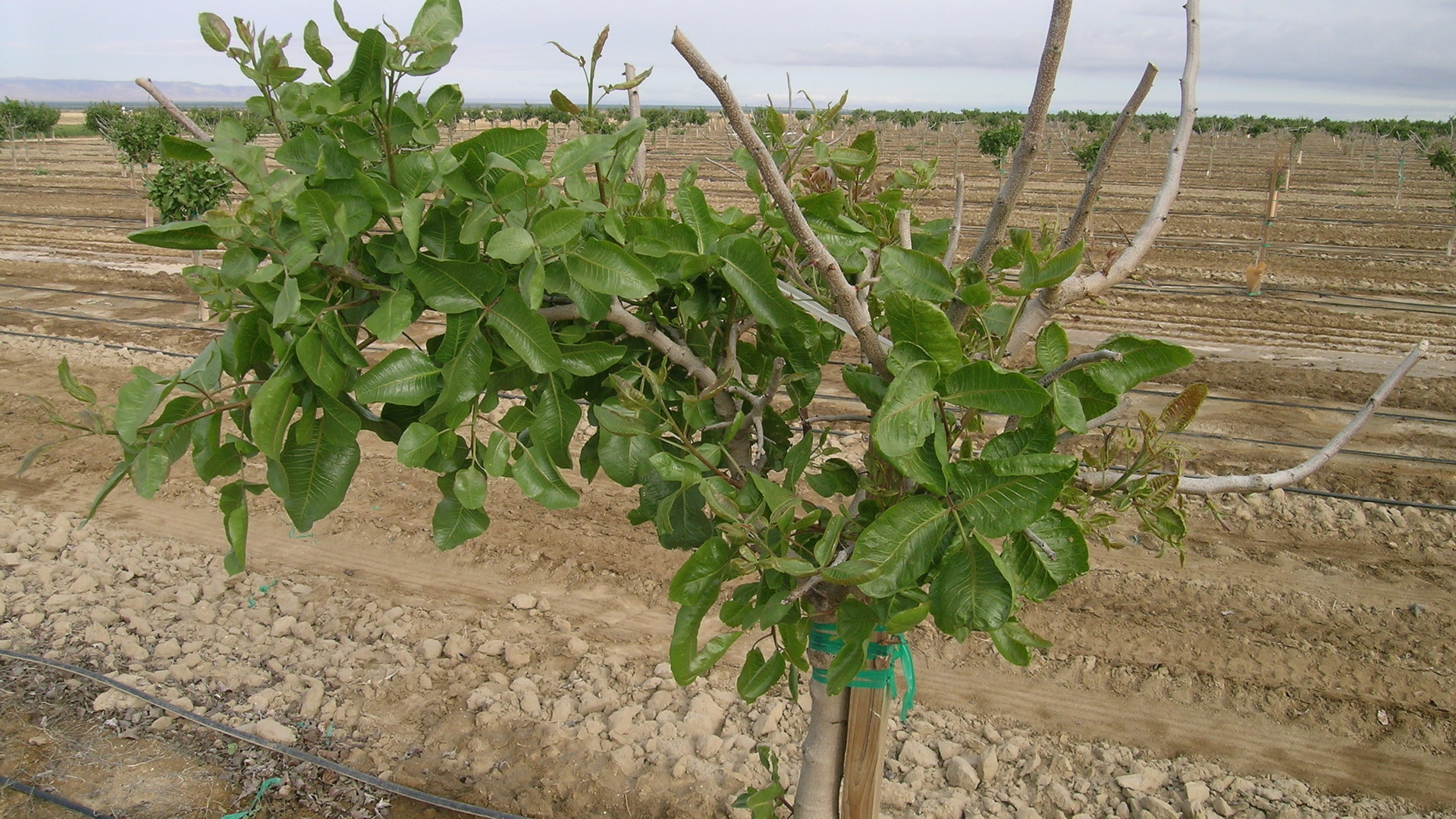 Winter juvenile tree dieback on trees up to six years old was a common problem this spring in a number of areas in the southern San Joaquin Valley (SJV) and points north. Symptomatic trees ranges from a fraction of a percent to about 50% of the trees in parts of some blocks.

Craig Kallsen is a UCANR Cooperative extension farm advisor in Kern County focused on fruit and nut crops. He’s been studying this

“The trees tend to be very scattered in the block. Although we've had places where it's been like 20% of the trees,” said Kallsen. “What happens is sometimes you're pruning the trees or in the winter, there'll be some symptoms only mildly frozen, you know, some gumming on the limbs. And a lot of times it's the actually the pruners, that notice that in December and January, that those upper limbs are probably dead,” he said. “However, you really start seeing it in May, when we have been hit pretty hard, the trees will leaf out late and then there'll be big bunch of branches that are just dead. They're not going to leave out at all, but you really don't know how far they're going to die back until it gets hot, like May or early June.”

And Kallsen said, it seems to have something to do with a dramatic drop in temperature sometime in the fall.

“And the thing is that we're talking about looking at this for years is, what we do with those young blocks that have got really deep soils and the trees aren't using much water,” Kallsen said. “There's growers who just shut the water off the first of August. They do not water them anymore, and it toughens them up. What we're trying to do is slow that vigorous growth. If you have vigorous growing trees, and when we get a sudden drop in temperature, that's what gets them.”

David Haviland on the Need To Sanitize The Orchard For NOW

Another Record Crop For Pistachios in 2021