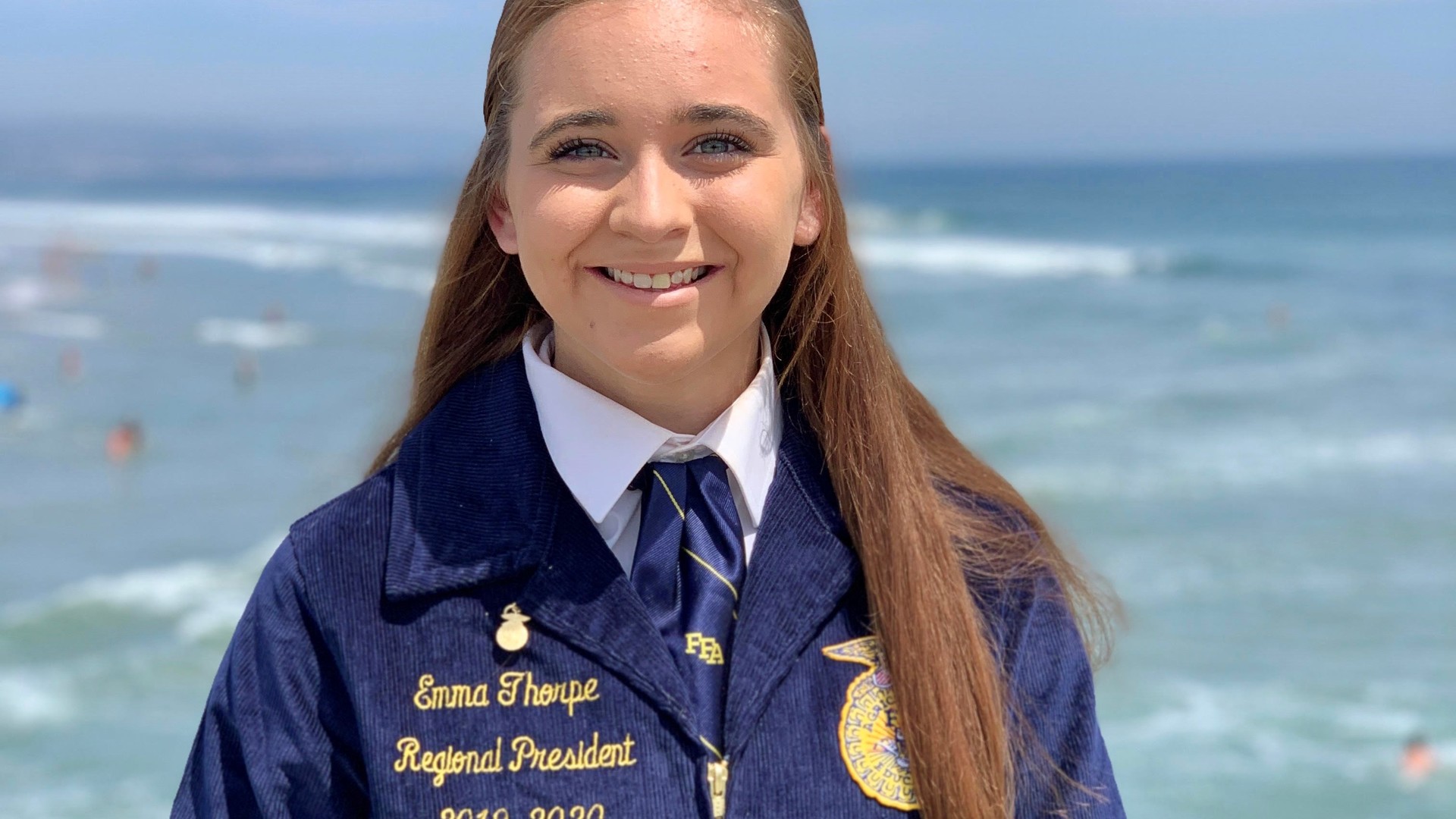 Emma Thorpe was recently elected to state FFA office. The graduating senior from El Capitan High School outside of the San Diego area was first encouraged to join the organization by her sister. But it was a competition her freshman year that ignited her passion for the organization and also her career choice.

Thorpe… “The agriscience FFA competition. Mr Meade really pushed me my freshman year because I came in wanting to do science, but I didn't know how we can incorporate that with agriculture, because I thought our program was primarily focused on farming. And so he told me about the idea of science competition.”

Not only did she compete in agriscience, but won it on both the state and national levels in the food science category. This lead her to competing again for the next three years, and it will come as no surprise what she hopes to do career-wise after her year as a state officer.

Thorpe… “That's what I want to major in college now is because I was so involved with it the last four years that I developed a huge passion for food science. And so after this year of state office, I really want to pursue that in college.”

Helping other students find what they’re passionate about will be a focus for Thorpe as she spends the next year serving over 80,000 California FFA members that span over 320 high schools.