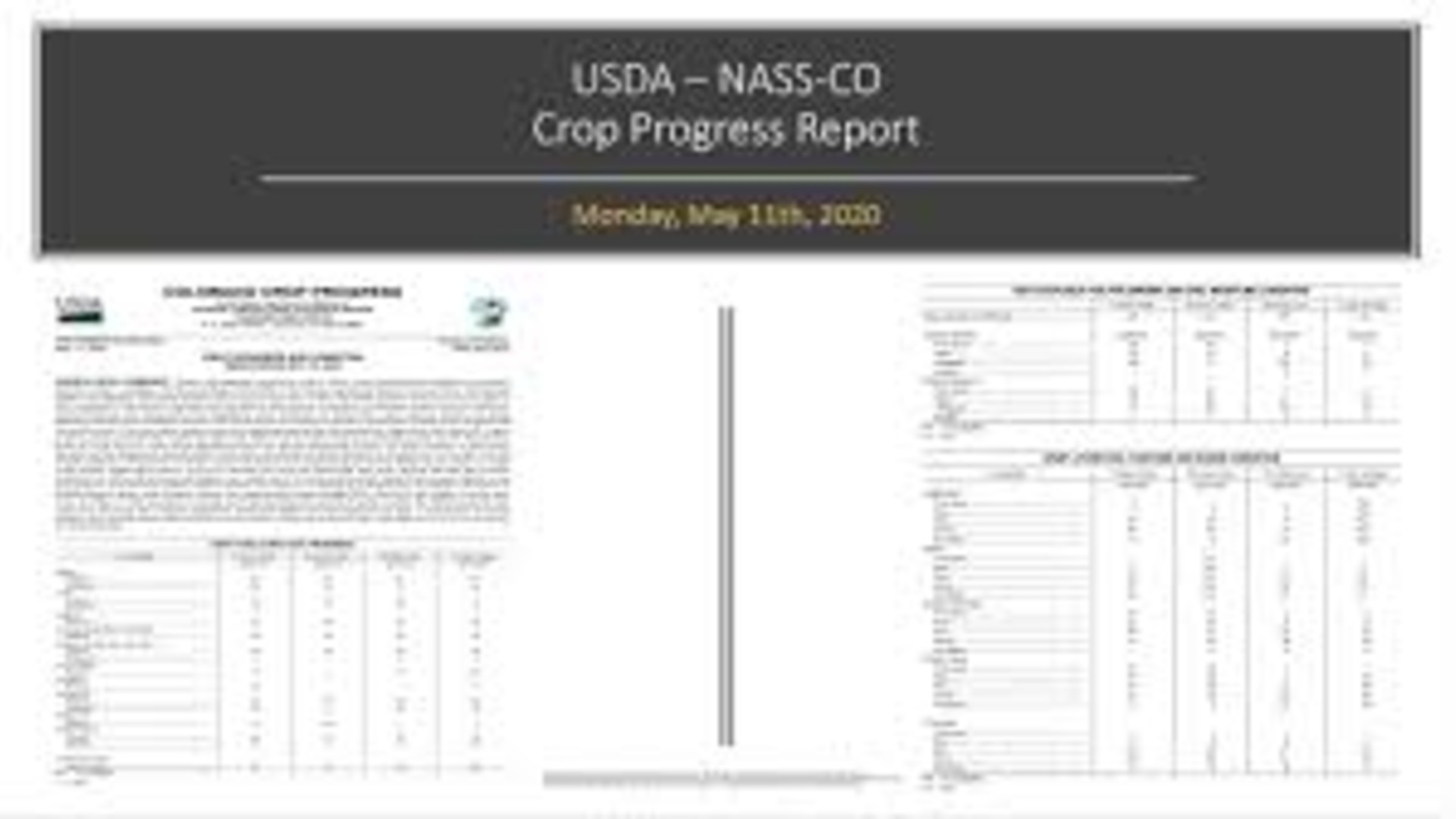 The most recent Crop Progress Report reflects dryer conditions and uncertainty for growers.

Highlights from the report say that pasture and rangeland condition as well as winter wheat condition deteriorated with continued dry weather.

Northeastern counties did receive a little precipitation along with cooler temperatures.

Some fieldwork was delayed, but spring planting continued where conditions allowed.

Cooler weather was also a concern for growth of seeded corn. Planting of non-irrigated corn was slow.

In the San Luis Valley, potato planting was well underway and planting of barley was nearly complete. Some barley acreage was being replanted due to the earlier freeze.

The alfalfa crop was noted as a couple weeks behind.

Some southern counties were experiencing extreme drought (D3), a decline of one category from the week before.

Meantime the NASS Crops Branch Chief Lance Honig says his agency is intent on making this and other agricultural statistics easy to access for the public as well as producers.

Honig: “That’s everything from what I would call quick reference information , we’ve got a lot more one pagers that we’ve posted out this year.

And there are more detailed versions

Honig:“About 80 pages long It’s not for everybody but if you really want to get into the weeds.”

Those reports can be found at NASS.USDA.GOV.