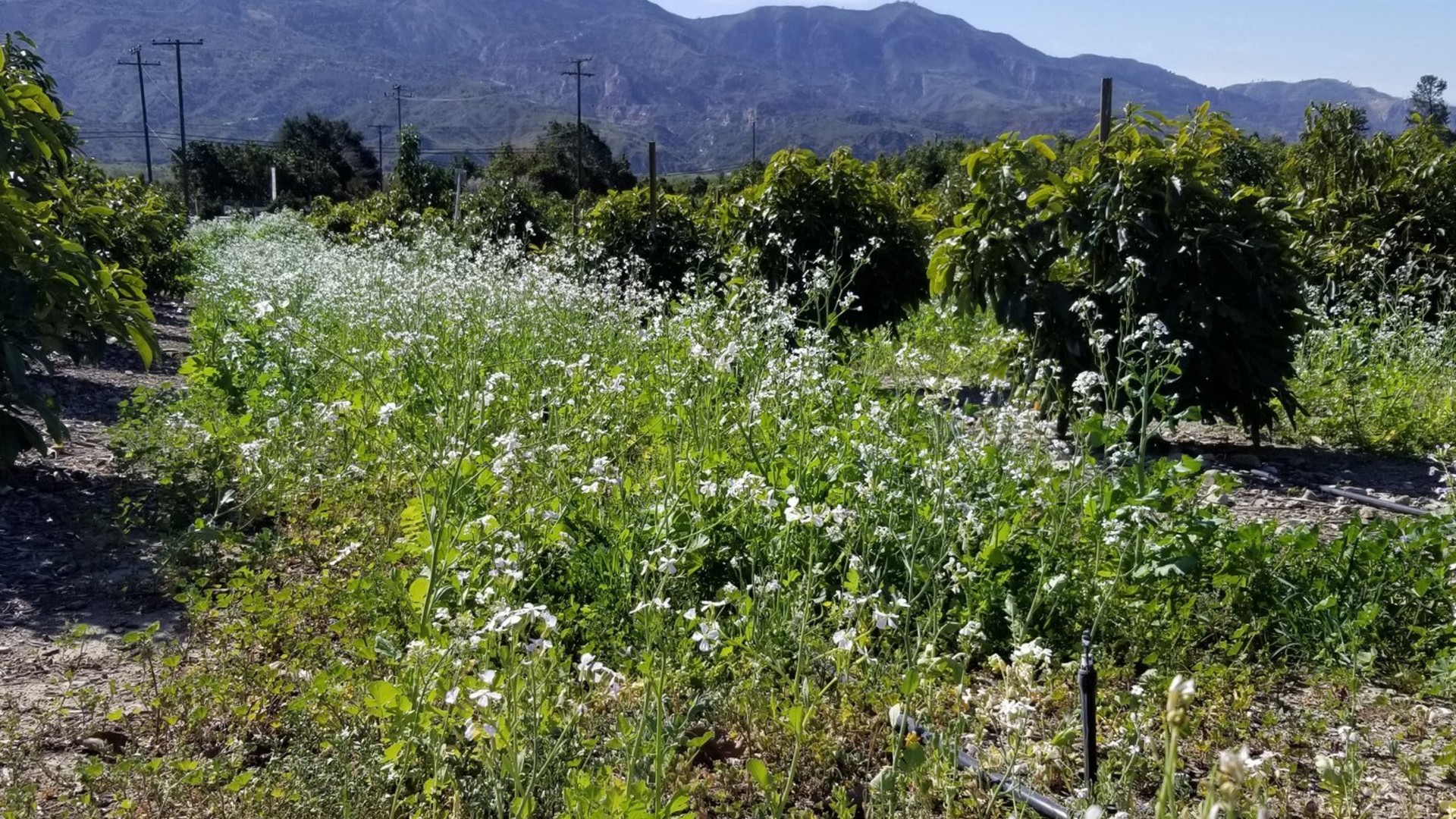 Successful farmers use a unique blend of strategies that include both new technologies and age-old methods of working with nature. Some orchard growers are finding success in cover crops.

Chris Sayer of Petty Ranch started utilizing cover crops to improve his water infiltration. He became convinced it was when less water and orchard debri were showing up at his field drain. And he says the difference is measurable.

Sayer … “Our soil organic matter has increased some of the use of the cover crops from about 2.5% To 3%, which is the standard for our soil type here in Ventura, to we've had it measured multiple times at 5% to 5.75%. And that means, of course, so we're able to hold a lot more water in the soil. Or did the equivalent of about two inches more rainfall before we actually get any runoff from the ranch.”

Like everything there are tradeoffs in planting cover crops like time, extra fuel, and money for seed. Sayer says it can also create gopher habitat and suppress night time temperatures. But all of this can be managed, and for the Petty Ranch, it’s more than worth it.

Sayer … “Sayer says it can also create gopher habitat and suppress nighttime temperatures, but all of this can be managed and for the petty ranch, it's more than worth it. My thought is we can't rotate our primary cross, since trees only get replanted every 40 years or so. But we can give the soil some variety by mixing up the cover crop that goes down in the rows.

Sayer’s go-to is a barley/rye mix, but switches it up every year and has also included crops like mustard, oilseeds, daikon radish, sugar beets, and bell beans.