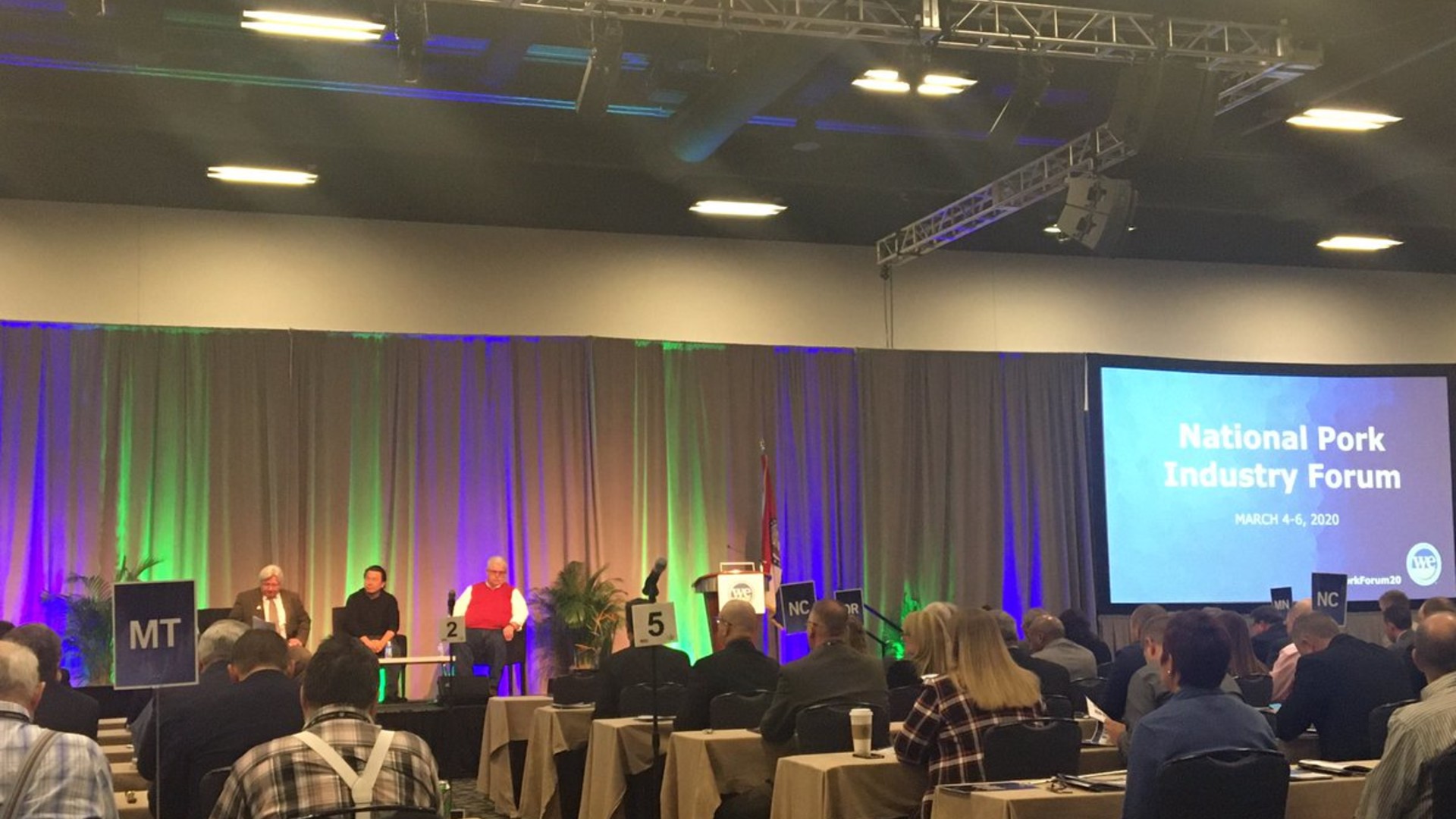 This past week, hog producers from across the nation were in Kansas City, Missouri, for the National Pork Industry Forum.

And one of those in attendance was John Rouzer, a hog producer from Toston, Montana, who said a big issue up for discussion this year was African Swine Fever or ASF.

In fact, last year, exports were actually 10 percent more than 2018 in terms of volume and 9 percent higher in terms of value.