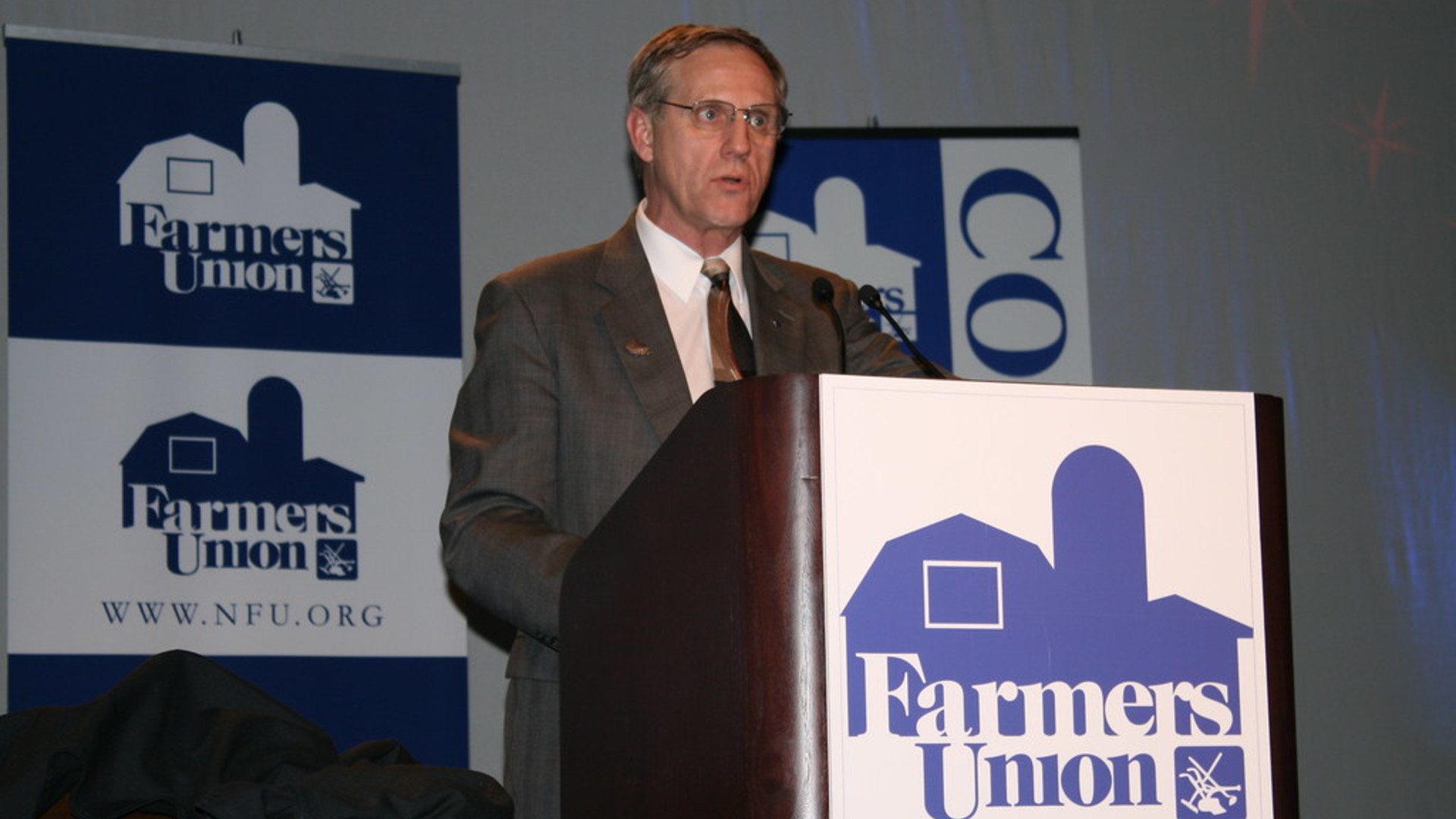 National Farmers Union President Roger Johnson on Tuesday issued a statement ending his 11-year tenure as head of the organization.

Just last week, Johnson was helping the Iowa Farmers Union as a moderator for a half dozen presidential candidates at a forum. On Tuesday, he announced he is retiring.

Johnson, a third-generation farmer from Turtle Lake, N.D., who was also an elected agriculture commissioner in North Dakota, said, “Farmers Union has been a fundamental part of my identity for my entire life — and it has been my greatest honor to serve this organization and the admirable farmers and ranchers who comprise its membership.”“It’s a bittersweet feeling to take a step back from this career-defining role, but ultimately, it’s time for me to spend more time with my wife and four grandchildren.

“My top priority, as president and now during this transition process, is to protect the future of family farmers and rural communities, and I am confident that National Farmers Union is well positioned to keep doing just that.

“Compared to where we were 11 years ago, today we are more financially secure, our membership is growing, and we have built our reputation as a leader for progressive agriculture – all thanks to our highly capable and dedicated team. My decision will change none of these things.

“While I enjoy my quiet retirement, I am sure that Farmers Union staff and members will continue the organization’s 117-year-long mission to build a better, more sustainable, and more equitable food system.”