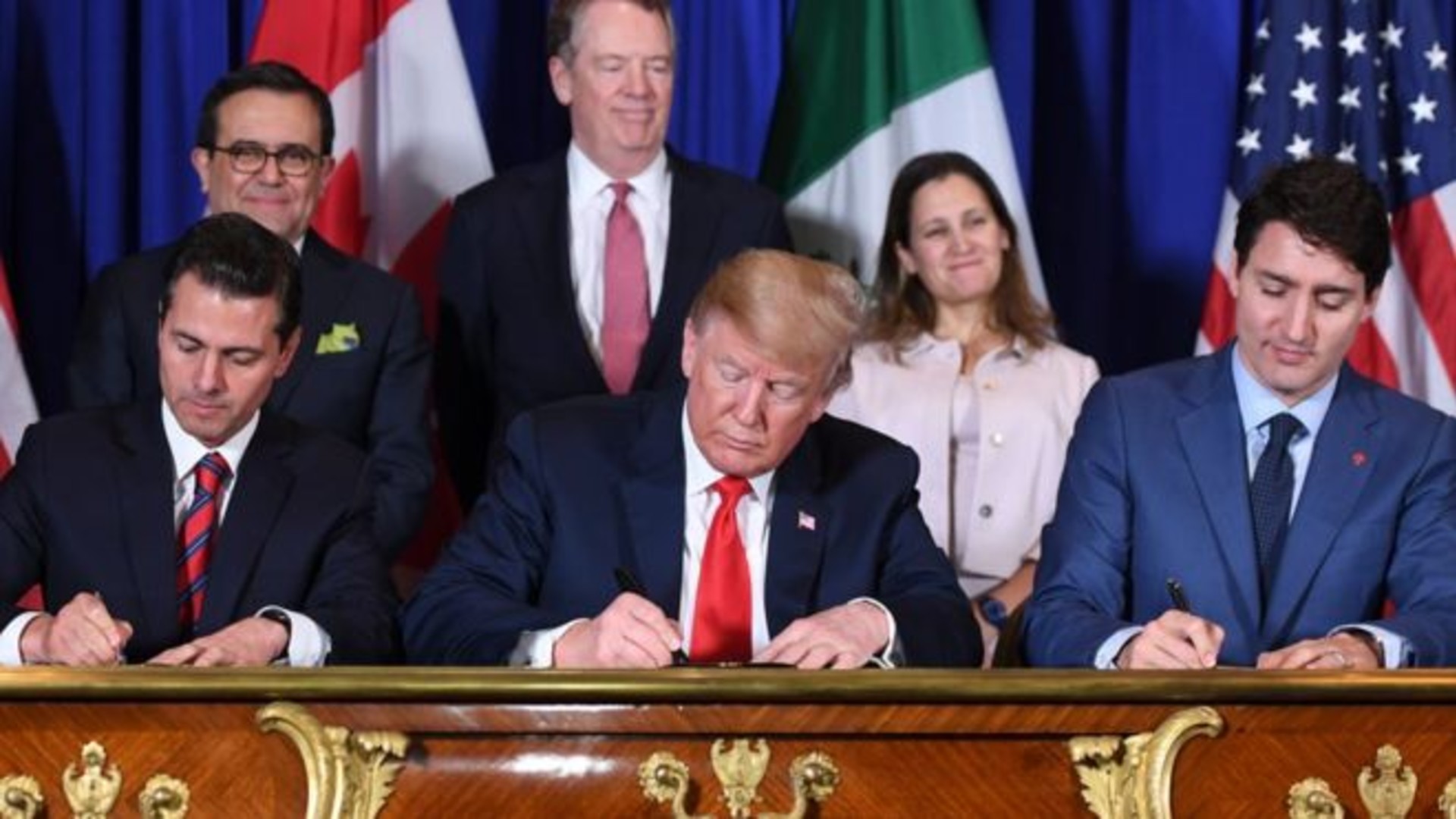 Reflecting the duality of American politics, House Democrats on Tuesday announced they had reached a deal with the Trump administration over the U.S.-Mexico-Canada Agreement just hours after House leaders also detailed two articles of impeachment against President Donald Trump.

The deal reached on USMCA will allow the House of Representatives to vote on the trade pact as early as next week. In a press conference, House Speaker Nancy Pelosi, D-Calif., said changes agreed to during negotiations with the White House, Canada and Mexico over labor and environmental standards, as well as prescription drugs, make USMCA an improved trade pact.

"There is no question, of course, that this trade agreement is much better than NAFTA," Pelosi said, referring to the North American Free Trade Agreement that USMCA will replace. Pelosi added, "We're declaring this a victory for the American worker."

Even as a House impeachment vote looms, the agreement on the trade pact is a major trade and economic victory for President Trump, who took time out on Twitter between complaints about the impeachment to offer praise that a deal had been reached on USMCA.

"America's great USMCA Trade Bill is looking good. It will be the best and most important trade deal ever made by the USA. Good for everybody -- Farmers, Manufacturers, Energy, Unions -- tremendous support. Importantly, we will finally end our Country's worst Trade Deal, NAFTA!" Trump tweeted, following up with, "Looking like very good Democrat support for USMCA. That would be great for our Country!"

Trump later said USMCA is a "silver lining" to impeachment. He said Democrats felt compel to "muffle" impeachment with USMCA out of "embarrassment."

The White House also issued a statement saying, "It is long overdue for Congress to take up the USMCA, and we expect to push hard on passing the implementing bill before the end of the year."

Senate Majority Leader Mitch McConnell, R-Ky., told reporters in Washington that the Senate would not take up the trade deal before the end of the year. McConnell said the Senate would likely wait until after the impeachment trial to vote on USMCA.