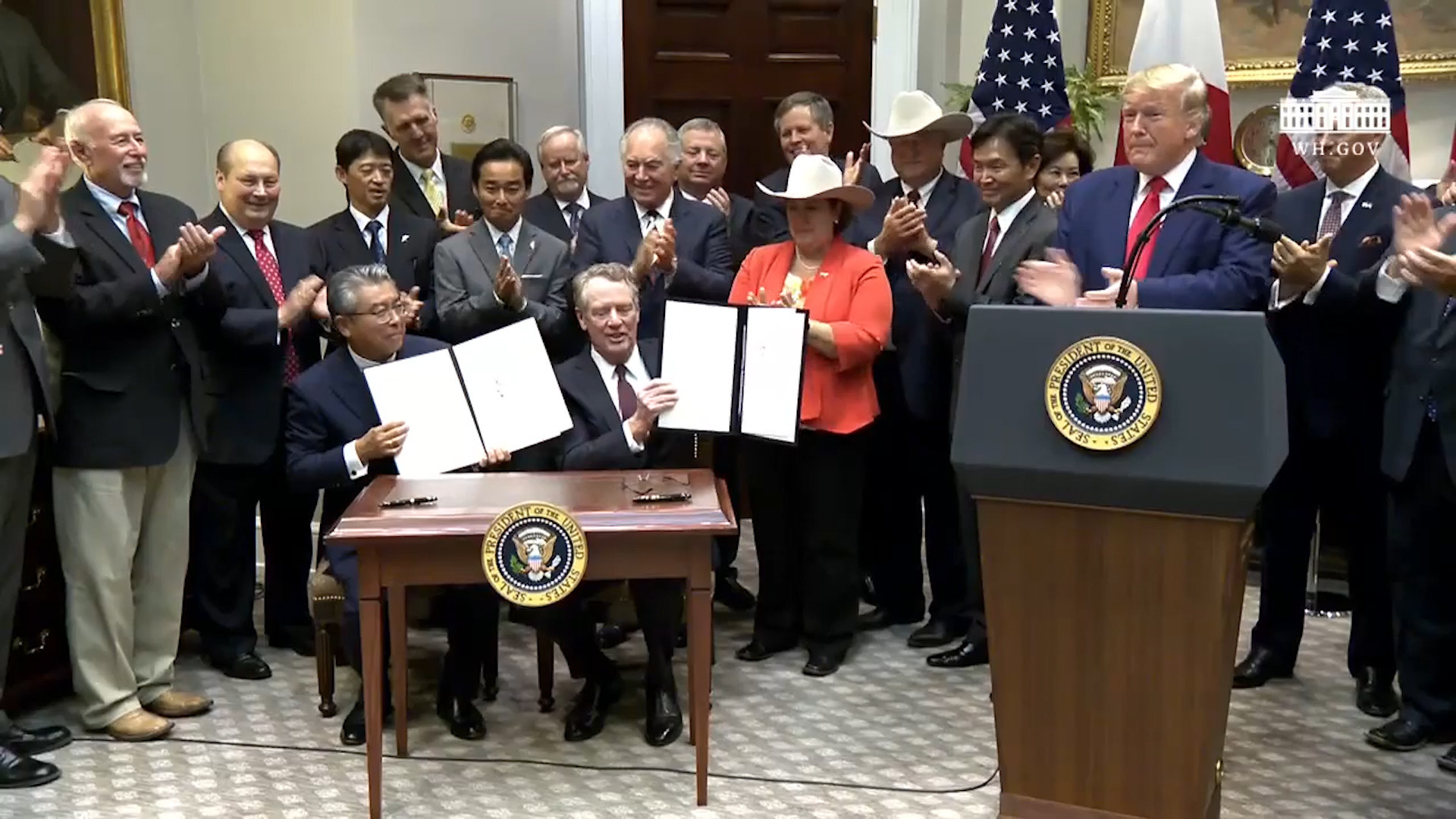 Farmers and ranchers are applauding the new trade agreement between the United States and Japan that will help keep American agricultural products flowing into this very lucrative Asian market.

In terms of the agreement today, Japan is committed to dramatically increase market access to American food and agricultural exports" said Trump. "That's a very dramatic number. It's one of the larger trade deals ever signed."

"Thank you for helping us get this agreement across the finish line" said Lighthizer. "But more importantly, thank you for re-orienting trade policy in the United States in the direction of Americans, workers, farmers and ranchers. For too long, we have lost our way, quite frankly. And during the last almost three years, you brought us back. And I'm very grateful for that. And I'm grateful to have been a part of it."