A new report from the USDA's National Animal Health Monitoring System (NAHMS) summarizes incidence and causes of death loss in U.S. cattle during 2015. The report, titled Death Loss in U.S. Cattle and Calves Due to Predator and Nonpredator Causes, 2015, shows respiratory disease remains the leading cause of death loss in cattle. Death loss due to predation has increased since the last report in 2010, but remains a relatively low percentage of the total.

The report lists total death loss in 2015 at about 3.9 million head, down slightly from just under 4 million in 2010. The percentage of adult-cattle and calf-crop inventories lost to all causes has been relatively consistent since 2000.

Overall, the report estimates the cost of death loss in cattle and calves in 2015 at $3.87 billion, compared with $2.5 billion in 2010. In 2015, total U.S. inventory of adult cattle (over 500 pounds) was 78 million head, and total calf crop was 34 million head. Those inventory figures are about equal to those reported in 2010. Cattle prices during 2015, however, averaged significantly higher than those in 2010.

Growing the Future of Agriculture through Give FFA Day 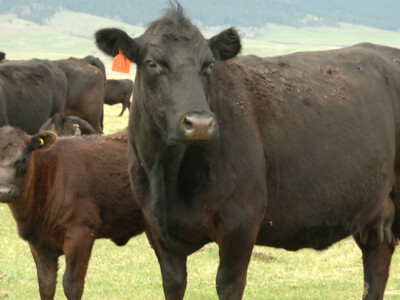