With today's Fruit Grower Report, I'm Bob Larson. If you're looking for a great tasting drink that's fast catching on, try perry. Like apples are to cider, pears lend their delicious flavor to perry.

But, WSU Fermentation Expert, Bri Ewing says perry pears, on the other hand, won't probably be the first pear you choose when looking for something to eat ...

BRI EWING ... "No, they're pretty small and you wouldn't want to eat them because, again, they're just very bitter. So, you'd bite into it and your mouth would completely just dry up and pucker and it wouldn't taste very good. So, yeah, they're very different and they can be different colors and there are so many different types I couldn't even name them all, but they're very interesting. They look completely different than the pear you'd buy in the grocery store."

Ewing teaches classes in cider and perry making at the WSU Research and Extension Center in Mount Vernon, and is expecting perry production to grow.

BRI EWING-5 = 32 ... "Yeah, I think so. I think a lot of cider makers will add perry to their portfolio of products, but there is a limitation. It's pretty difficult to find perry pears. They're not planted as widely as some dessert fruits or some others, even as widely as cider apples and even cider apples are very hard to get. So, when people start catching on to perry and start planting perry pear orchards, I think we'll be seeing more and more. And, as consumers get educated and get to know how great this product is I think they'll really catch on as well."

Ewing says perry tastes more like traditional English ciders or some white wines, but has a delicate taste of its own.

She says perry can be found increasingly in cidery sampling rooms and in specialty wine shops and liquor stores. 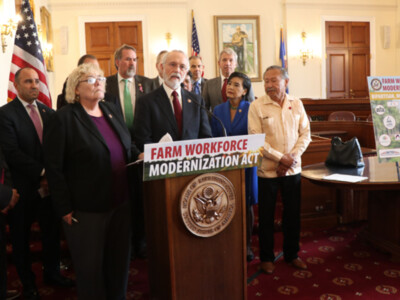