SENG: Well I think it not only good news for exporters but it's good news for exporters but its very big news for the importers we deal with around the world especially in Asia and North Asia. The last time this happened, a few years ago, it took us almost a year to recover from this because it calls into question our reliability. I think as everyone knows we face plenty of headwinds these days this is just one deal we don't want to have to contend with at this point and time. This is encouraging news that this contract is solidified.

He explains why the last port congestion was especially problematic for exporters shipping chilled meats to Asian ports.

SENG: Well it's critical because, by the time you take a chilled product from a Mid-West plant you get it to the west coast and get it loaded on the water by the time it clears customs if it's pork for example that has a little shorter shelf life than beef, this is huge as far as it impacts because it can only be in commerce 20 days at max and then it's going to run out of shelf life. So if you are a retailer in these markets especially, Japan, Korea, Taiwan Korea, Hong Kong, any of these markets, anything that would prolong or delay this would be catastrophic for us. 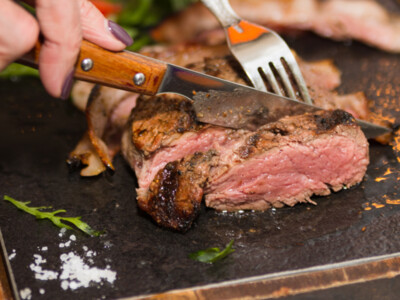