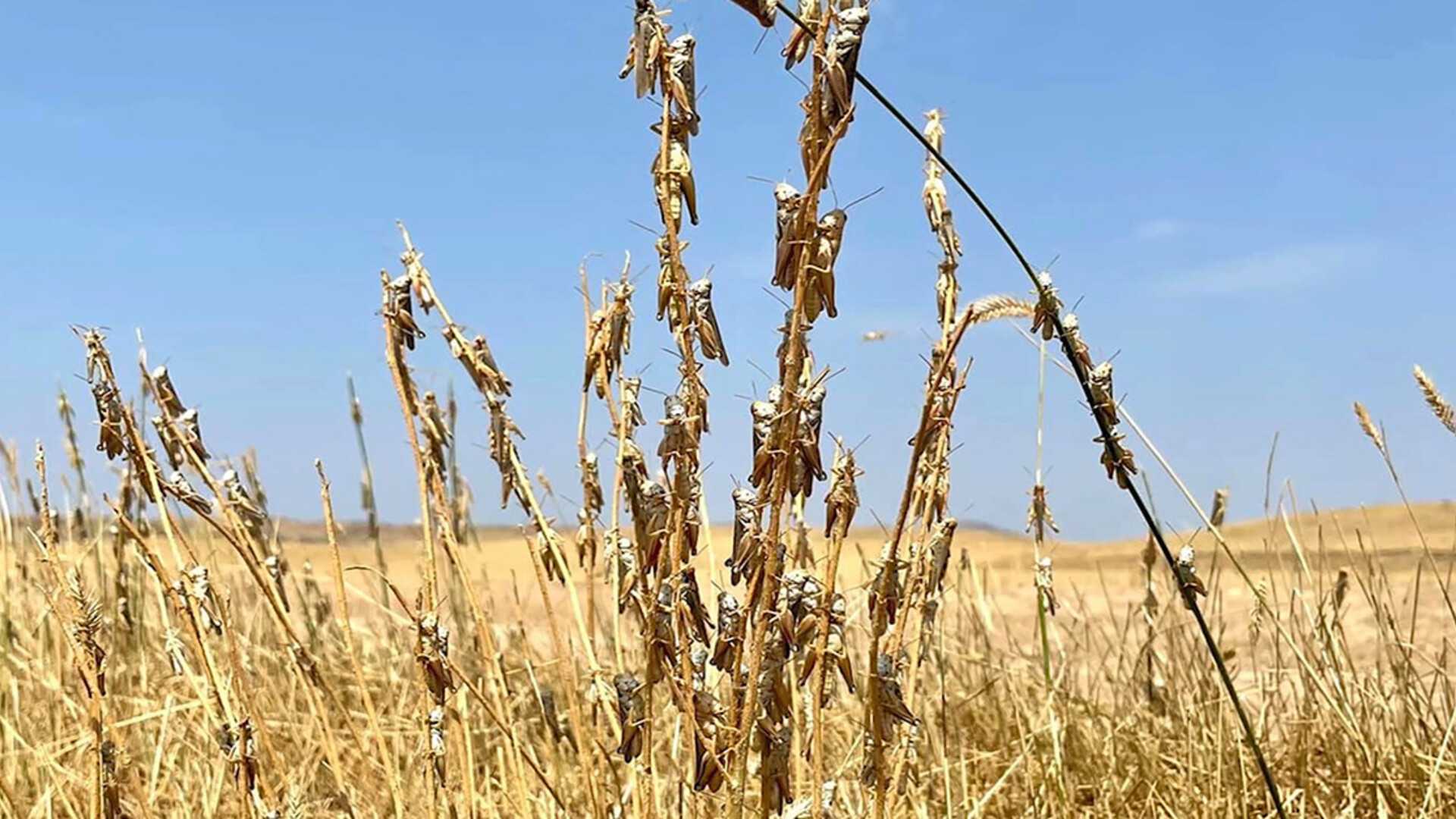 If this year’s drought wasn’t already enough for farmers and ranchers to deal with, many across the West are also facing the second largest grasshopper outbreak in 35 years. And the hoppers are decimating crops along with pasture and range.

“We had some enormous populations that were hatching in in June of 2020,” said Manoukian. “From that those levels were 50 to 80 grasshoppers per square yard. The USDA Animal Plant and Health Inspection Service (APHIS) number for injury to range resources is 15 per square yard. So, we overshot that completely. Based on that, there was some control efforts that were done, but they were pretty much rudimentary. APHIS built a 2021 projection map and to their credit, it is come true. We have hoppers that have invaded every part of our landscape, whether you're in town or out of town in mass formation.”

Officials with APHIS and local extension have counted more than 15 grasshoppers per square yard in areas across 34.8 million acres of land in the West, including large swaths of Montana and Oregon, as well as small parts of Nevada, Idaho, Wyoming, Colorado, New Mexico, Kansas and Arizona. And to a lesser degree, Utah, California, North Dakota, South Dakota and Nebraska.

Using the authority of the Plant Protection Act, passed in 2000, APHIS provides treatments for producers through its Grasshopper and Mormon Crickets Program. Funded by allocations made annually by Congress, the program supports surveying of grasshopper populations and suppression efforts on public, state and private lands where grasshoppers are at levels of “economic infestation.”

As of July 19, USDA APHIS had treated approximately 805,000 acres of rangeland for grasshoppers in Arizona, Idaho, Montana, Nevada, Utah and Wyoming.