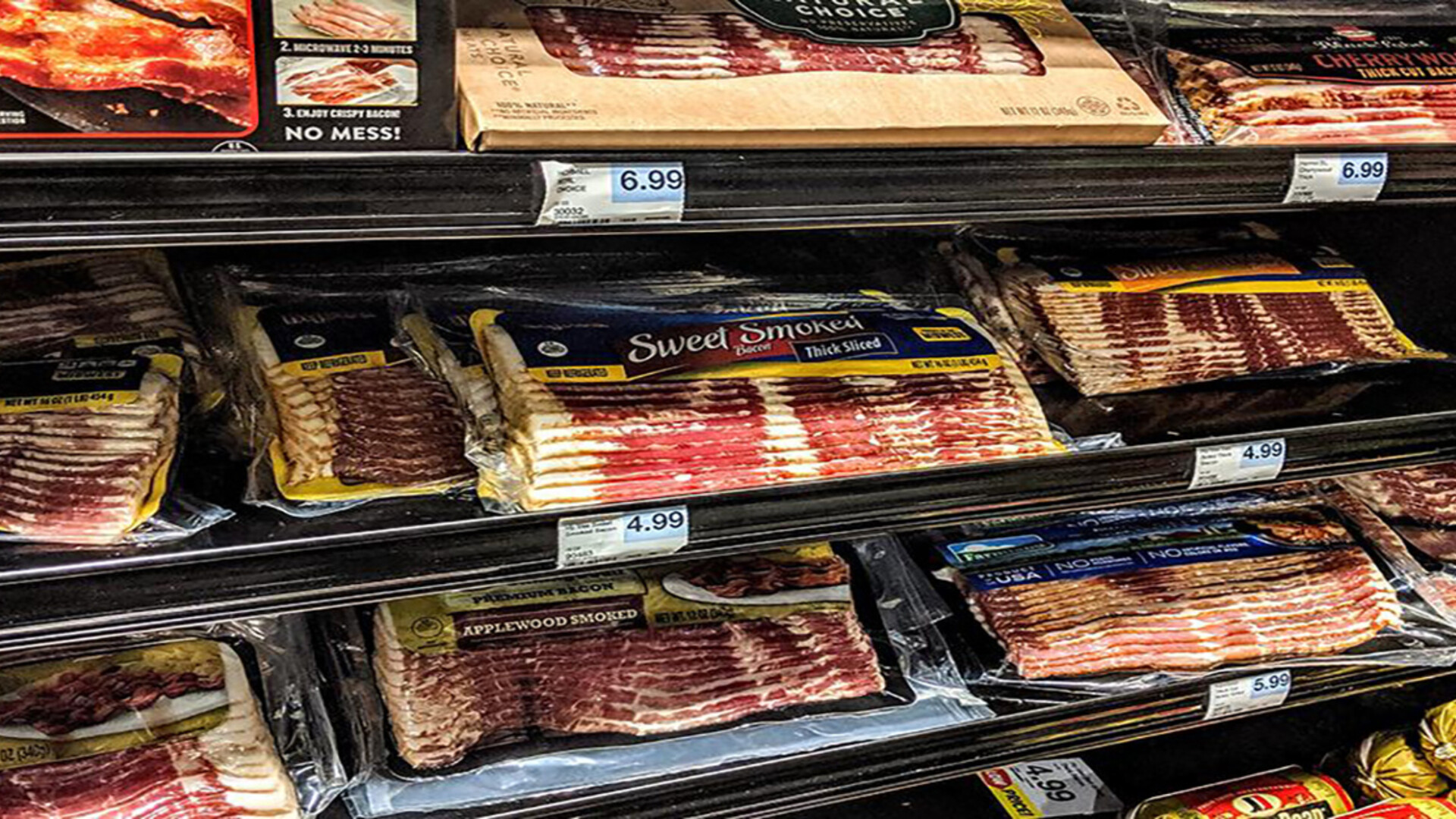 The COVID-19 pandemic created a year of challenges and change, but one thing remained unchanged: American consumers’ love of bacon. Retail giant Costco reported in its second quarter earnings call with investors that demand for bacon at its stores had risen 45%, Fox Business reports.

But just how well did bacon do overall in the last year? Bacon has really been a star within the protein portfolio, especially throughout the pandemic and amongst millennials.

In terms of specific cuts of meat consumers are likely to keep on hand, bacon reigns supreme for pork, trailing only ground beef and boneless chicken, according to the National Pork Board’s At Home Meat Pulse Tracker, and it’s being used across breakfast, lunch and dinner.

“Seventy percent of consumers report eating or preparing bacon at least once a month or more,” says Tara-Ann Dugan, director of strategy and insights for the National Pork Board. “One of the fun dynamics that we’ve seen over the pandemic is that bacon love grew amongst millennials, where 75% of millennial consumers are eating or preparing bacon, versus the 70% of the general population.”

Translating that love to retail sales in 2020, based on IRI data through November 29, 2020, the trends persisted in a similar manner.

“Bacon sold $6 billion dollars and 1 billion pounds in that time, and it actually outpaced the total category in sales growth. Dollar sales increased by about 20% in volume and 14% in pounds, versus the same period a year before,” Dugan says.

Even with growing prices, demand was strong. The gap between dollar sales and volume is indicative of a price increase, she notes.

“There was an increase in bacon pricing during this time, but the fact of the matter is, because of the fact we also saw demand growth, it was a really strong story for bacon during this period. Ultimately it was good for meat overall during the pandemic,” Dugan says. “Food was pretty darn impervious, and meat was absolutely one of the leaders in the store across the board. It outpaced total store and growth, and then bacon outpaced total meat.”

Bacon was really a hit with adjusted behaviors as people actually took the time to sit down to breakfast and eat more meals together as a family, and when they did, they reached for bacon.

“I can't travel anywhere. I can’t go be with my friends, so I'm going to splurge on quality bacon,” says Jason Menke, director of marketing communications for the National Pork Board.

Ingenuity at the start of the pandemic allowed the sector to shift bacon supply from foodservice packaging in 10-pound boxes, to more retail friendly 1-pound packages, he notes.

“It was a year ago when everything transformed dramatically and overnight in our world, and at the time not quite two-thirds of all bacon produced in the U.S., went into foodservice. It’s on burgers, in salads, milkshakes and cocktails. It's everywhere in foodservice and in every section of restaurant menus,” Menke says. “When foodservice shut down overnight, it had an impact on belly market pricing, and it was one of the things the supply chain was initially trying to solve for. There were all of these large packages of bacon made for food service distribution sitting there, while one-pound packages were flying off the shelves at retail.”

“There were some real innovations as these meat packers worked to make bacon that was packaged for foodservice accessible to the folks at retail. Bacon was one of the first problems that the supply chain kind of had to solve for,” he notes.

The trend has continued into 2021, Dugan says, with continued growth in the category overall. And for those interested in checking out meat demand trends for themselves, Dugan suggests checking out the Kansas State University’s Department of Agricultural Economics Meat Demand Monitor that is publicly accessible. One of the insights that has been seen in that data is a willingness to pay increased prices for bacon over time.

“It totally aligns with the trend that we've seen where there's been a boost in demand, and there's also been a boost in sales, and the sales outpaced the volume growth because of prices and consumers are actually willing to pay the higher prices,” she says.

SPOTLIGHT
Previous ReportCoBank Spring Outlook: A Time to Plant, a Time to Prosper
Next ReportCattle Markets Looking for Spring