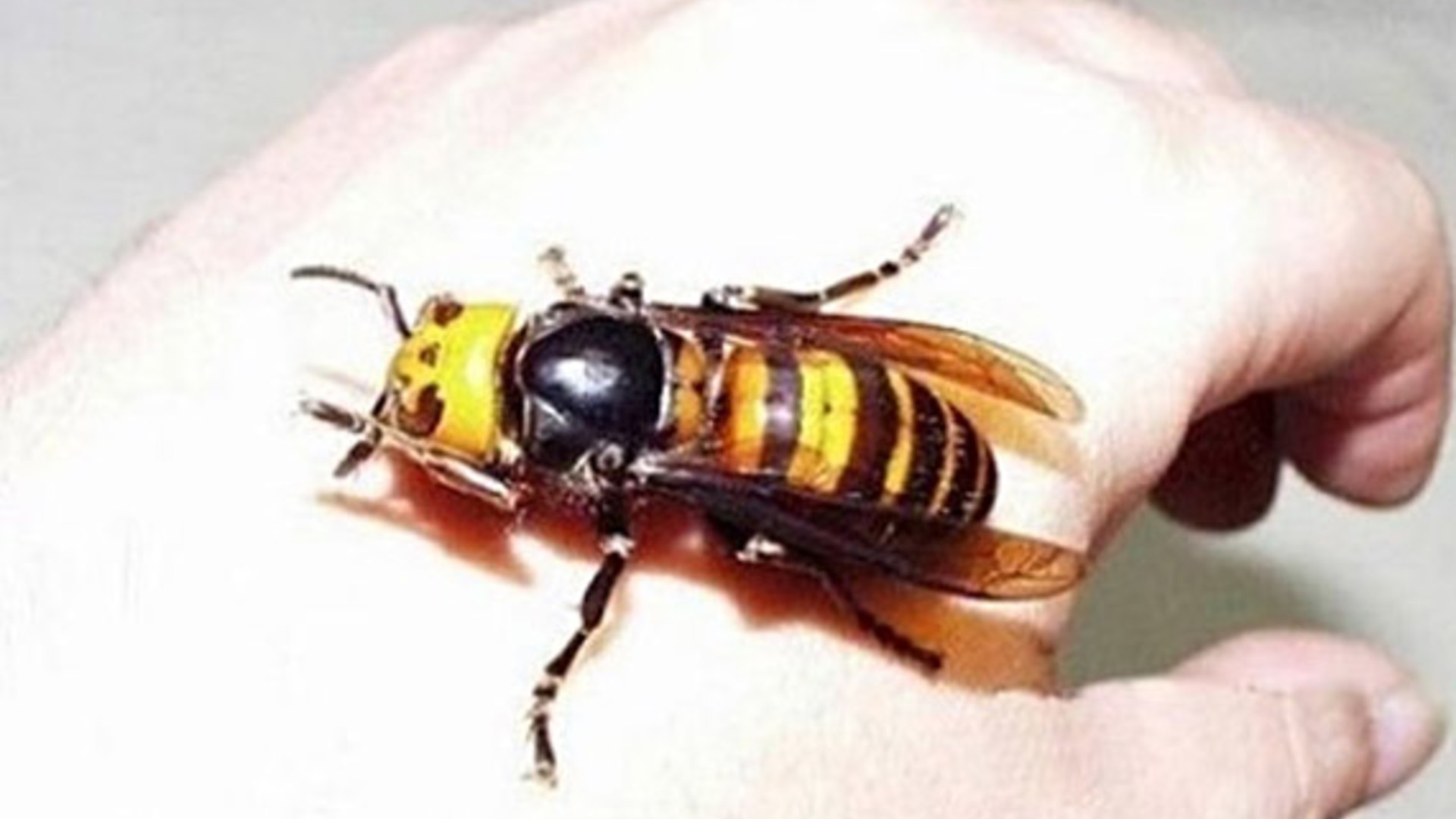 With today’s Fruit Grower Report, I’m Bob Larson. The Asian Giant Hornet may be on its way to establishing itself in Washington. That’s the worry after four queens have been found in the northwest part of the state.

ROGERS … “Well, this time of year the only hornets that could potentially be around queens. So, the numbers will be really, really low. Once the queen establishes a nest and she produces a brood and they start to emerge, that will be late July before you get the first worker hornets.”

So, Rogers says if they’re here, we won’t really see them for a while …

ROGERS … “And, then it will be late summer, early fall before the numbers peak. So, that is when we’re expecting to be able to detect the presence of the hornet, it would be late summer or early fall.”

ROGERS … “My neighbor was looking at her flower garden saying, I’m going to pull all these out because its attracting honey bees and the hornets going to come to my yard, so I need to get rid of the flowers to keep the honey bees away. So, that’s an overreaction. And so, that’s the kind of thing we don’t want to create so much hype that people are acting irrationally.”

And besides their impressive size, Rogers says …

ROGERS … “It’s a beautiful insect too, actually, to an entomologist it’s beautiful, ha-ha.”

Rogers says to learn more about the hornets, go to the Asian Giant Hornet Watch Facebook page and the Washington State Department of Agriculture website.

BL: Welcome back to another “Fruit Bites” brought to you by Valent U.S.A. With us again is Valent’s Allison Walston. And this week Allison, let’s continue our talk about fruit russet.

AW: You could always grow less susceptible cultivars, but where’s the fun in that? First up, calibrate and check your sprayers for worn nozzles and even spray patterns. Ask yourself when spraying, do you have a solid 4 hours for drying time?

AW: Typical. For apples, in addition to standard frost prevention, start a strong powdery mildew program early. From pink to bloom, apply Promalin 24 hours before or after a frost event to increase fruit set. From petal fall to 25mm fruitlets, apply ProVide to reduce moisture-related fruit russet. And these are some ways to prevent russet. Remember to read and follow labeled directions.