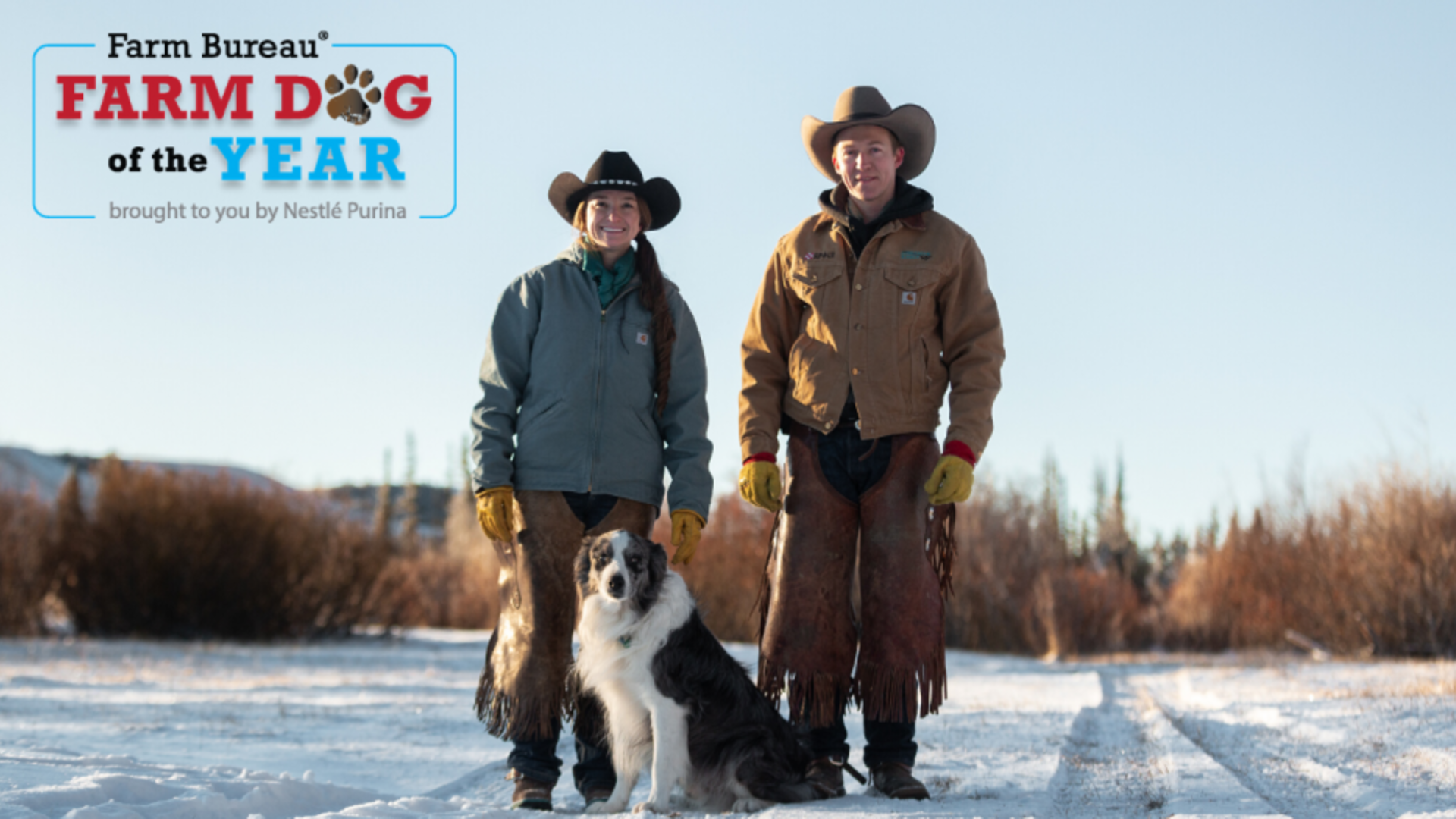 “It is great to see interest in this award grow in just a few years to become a great point of connection with the public,” said AFBF President Zippy Duvall. “We celebrate the important role dogs play on farms and ranches. Their stories inspire people on and off the farm, providing a glimpse into farm life for some. Farm dogs are loyal work partners that enhance the lives of farm families.”

The contest celebrates farm dogs that work alongside farmers and ranchers to produce nutritious food for families and their pets across America. It caught the attention of more than 100,000 social media followers who voted, commented, shared or liked their favorite dog.

Flint, the grand prize winner of the 2020 Farm Bureau Farm Dog of the Year award, is 11 years old and has been part of Beth’s family since she was a teenager. At the age of 7, he became an accomplished and passionate working dog relatively late in life. Herding beef cattle and other livestock is Flint’s primary responsibility on the ranch. He’s also certified through the Canine Good Citizen program and spends time lifting the spirts of residents at senior centers with his gentle presence.

“When moving livestock on the ranch, it’s very important to have a well-trained dog that’s bred to do this type of work,” Beth emphasized. “The dogs are truly part of our family,” Rhett said, referring to Flint and the couple’s two other dogs. “They enrich our lives and make ranching the best job in the world.”

Purina donated prizes for the contest again this year. This included $5,000 in prize money, a trophy plate, a year’s worth of Purina dog food and other Purina products for Flint. The company has been a leader in pet care for more than 90 years.

“At Purina we recognize the important role dogs play on the farm and in the hearts of families everywhere, and we congratulate the Crandalls and Flint on winning this award,” said Jack Scott, vice president of sustainability at Nestlé Purina. “We truly believe that pets and people are better together, and all of the entries for Farm Dog of the Year are great examples of how dogs enrich our lives, both on and off the farm. We salute farmers and their dogs and the important work they are doing to steward their land and help feed generations of people and pets.”

Four runners-up in the contest will each receive $1,000 in prize money, a trophy plate and Purina products. They are:

A panel of judges with expertise in the pet care industry, veterinary medicine and communications reviewed 80 nominations to select the Farm Dog of the Year.

Dogs were judged based on their helpfulness to the farmer and his/her family, playfulness and their role in making life better on and off the farm. Farm Bureau members submitted written responses to questions, photos and video clips to nominate their dogs for Farm Dog of the Year.

Runner-up Sue was also named People’s Choice Pup in a social media contest with online voting as part of the overall competition. Sue won bragging rights, and a $50 gift card and Purina products.

Learn more about the contest at http://fb.org/2020farmdog.