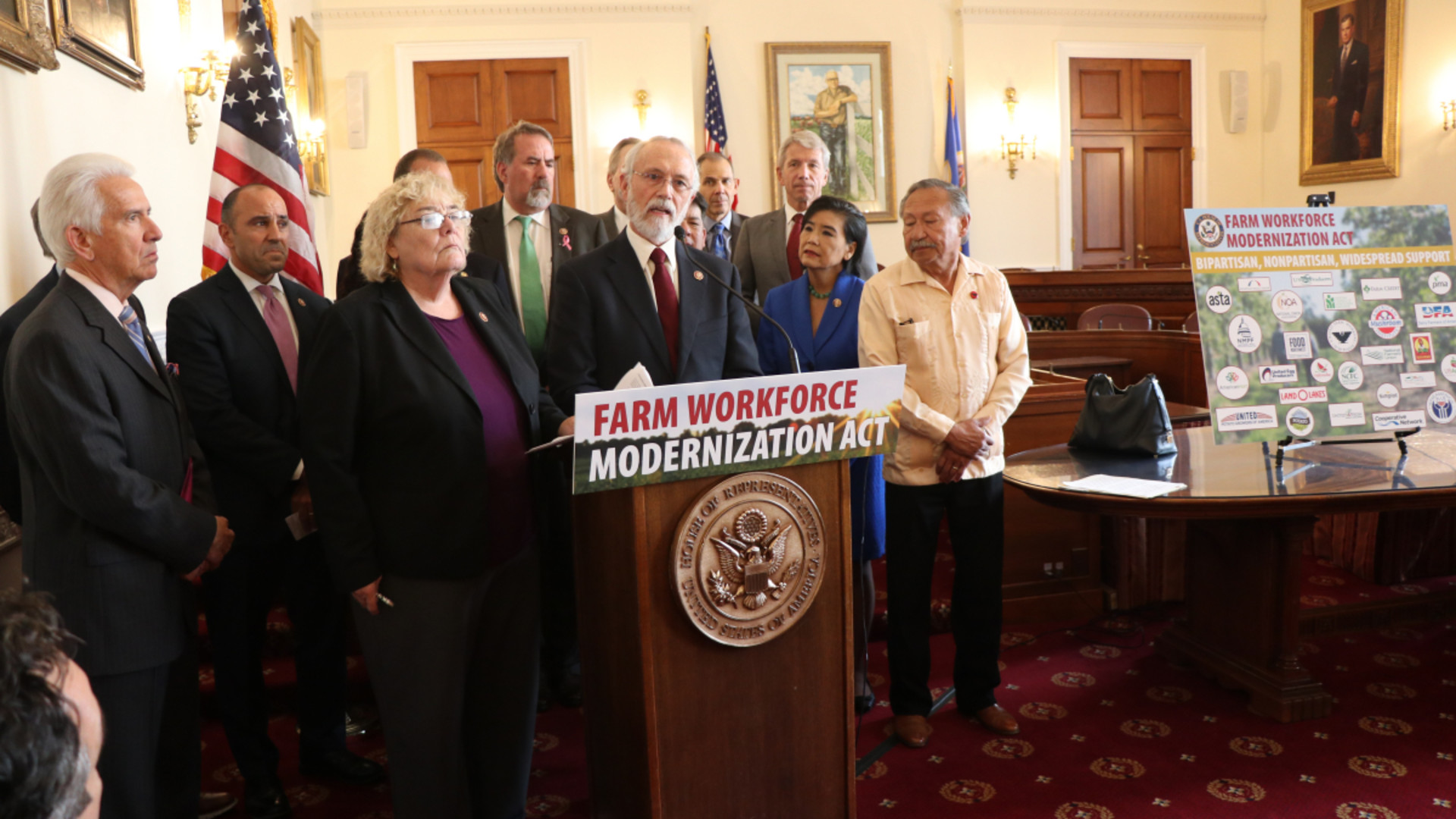 With today’s Fruit Grower Report, I’m Bob Larson. Among the issues that could get set aside or delayed when the Articles of Impeachment make their way to the Senate, is the Farm Workforce Modernization Act that passed last month in the

One of the bill’s sponsors is Sunnyside Republican

Representative Dan Newhouse who says they’re working with the Senate …

NEWHOUSE … “Over the last few months, we’ve been in contact with a couple of the Senators and their offices. They were kind of, I guess you could say, waiting for us to get our bill done so that they could pick it up and get moving on something of their own.”

And, Newhouse says, the talks continue …

NEWHOUSE … “We’re still in communication with them. There’s a lot of desire, I can say, on the part of several Senators that recognize that this is a huge issue for the ag industry and critical for many of the agricultural states.”

So, Newhouse thinks it’s a matter of when not if …

NEWHOUSE … “And so, I think that there’s a lot of momentum that we have moving forward. I was very happy that we had a good bipartisan vote in the House on the ag labor bill and I think that that will strengthen our hand in getting things done in the Senate.”

Listen tomorrow for more on this important ag labor bill.