With today's Fruit Grower Report, I'm Bob Larson. As trade tariffs between China and the U.S. climb, cherry and other fruit growers in Washington state watch with a wary eye.

Washington State Fruit Commission president BJ Thurlby says it's hard to say how this will turn out ...

THURLBY ... "It's almost empirically impossible to try and put a number on how this might shake out. We're just concerned and that's the main issue. It's frustrating for us. It's frustrating for our ag suppliers and growers and it puts everything into a little bit different light coming into this season because, you know, we were counting on at least two or three million boxes to China. And, where we land now, we'll see."

Thurlby says one thing growers might have on their side is, Chinese love Washington cherries ...

THURLBY ... "So, we'll see. It's just one of those things, we're concerned. We're going to work through this. We're going to continue to look at other markets and we'll go from there. And, hopefully we have the kind of quality this year that helps us navigate past these types of issues, and I've seen it before. So, let's hope that's the case."

Thurlby says if there's a silver lining in all of this ...

THURLBY ... "We've got 15-hundred cherry growers here in the state of Washington and they are passionate about what they're doing, you know, trying to grow locally. I guess the only thing that I can say for sure is with what's going on with China is there's probably going to be a few more cherries around for us folks here in the state of Washington this year so, from that standpoint, maybe that's a good thing if you're a cherry lover."

China is the top export market for Washington cherries, buying 2.9 million cases worth $127 million each year.

The Chinese government is responding to a U.S. tariff hike on steel and aluminum.

BL: Hi and welcome back to another addition of "Fruit Bites" brought to you by Valent U.S.A. and with us again is Valent's Allison Walston. And this week Allison we're talking about Frost protection and how to manage crops and avoid damage ...

AW: Frost prevention can be tricky when Mother Nature doesn't play nicely. Early frosts in the autumn can severely injure a tree because dormancy hasn't been reached yet. Sometimes below freezing temperatures can kill trees especially if recently pruned.

BL: Is there a difference between apples & pears?

AW: Pear growing areas became just that when cold temperatures knocked out most of the apple trees with the pear trees surviving. Spring frosts can kill or damage fruit buds once they have broken dormancy. Freezing ruptures the cells and scorches the plant tissue. That's why you see wind machines in low lying areas. The cold air sinks into these low spots, creating an inversion. The frost fans move and mix the air to prevent damage.

BL: That's great Allison. Join us every week for Fruit Bites, brought to you by Valent USA. Until then, I'm Bob Larson. 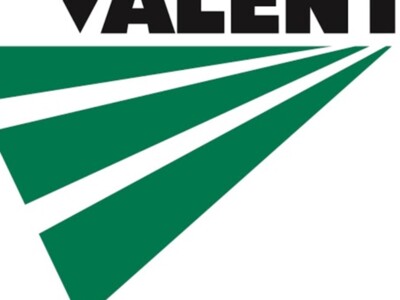