Over the weekend I picked up some very nice peaches from a northwest producer and it was just the beginning of a great love affair that will include apricots, nectarines and more. Washington State Fruit Commissions, BJ Thurlby.

THURLBY: We’re finishing up the back end of the apricot crop. It’s been a nice crop, demand has been good and we’ve moved a lot of fruit this year and the exciting part is now we’re rolling into the point of the summer where we are starting to harvest peaches and early nectarines. Traditionally this is right about the time when we really get going. We’re a little earlier this year so there’s more fruit coming off early but we’re still just kicking off the Washington soft fruit season

We should see new fruit right on through the end of September. While Washington is a top apple and cherry producer, other soft fruits are smaller in overall numbers.

THURLBY: When you look at the country in general we’re probably between the sixth and eighth biggest producer of soft fruit. We’re thinking right in the range of between apricots, peaches, nectarines, prunes and plums close to 4-million boxes total. Apricots, we’re number two but in peaches and nectarines it puts us like I said in that sixth to eighth spot and it depends on how much fruit is harvested in Colorado and Michigan, Those are the two states we are closest to. 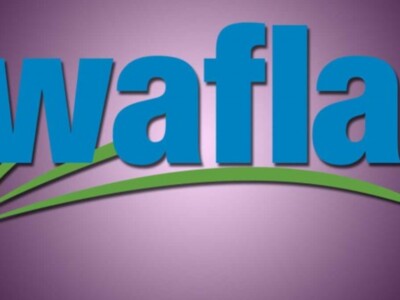