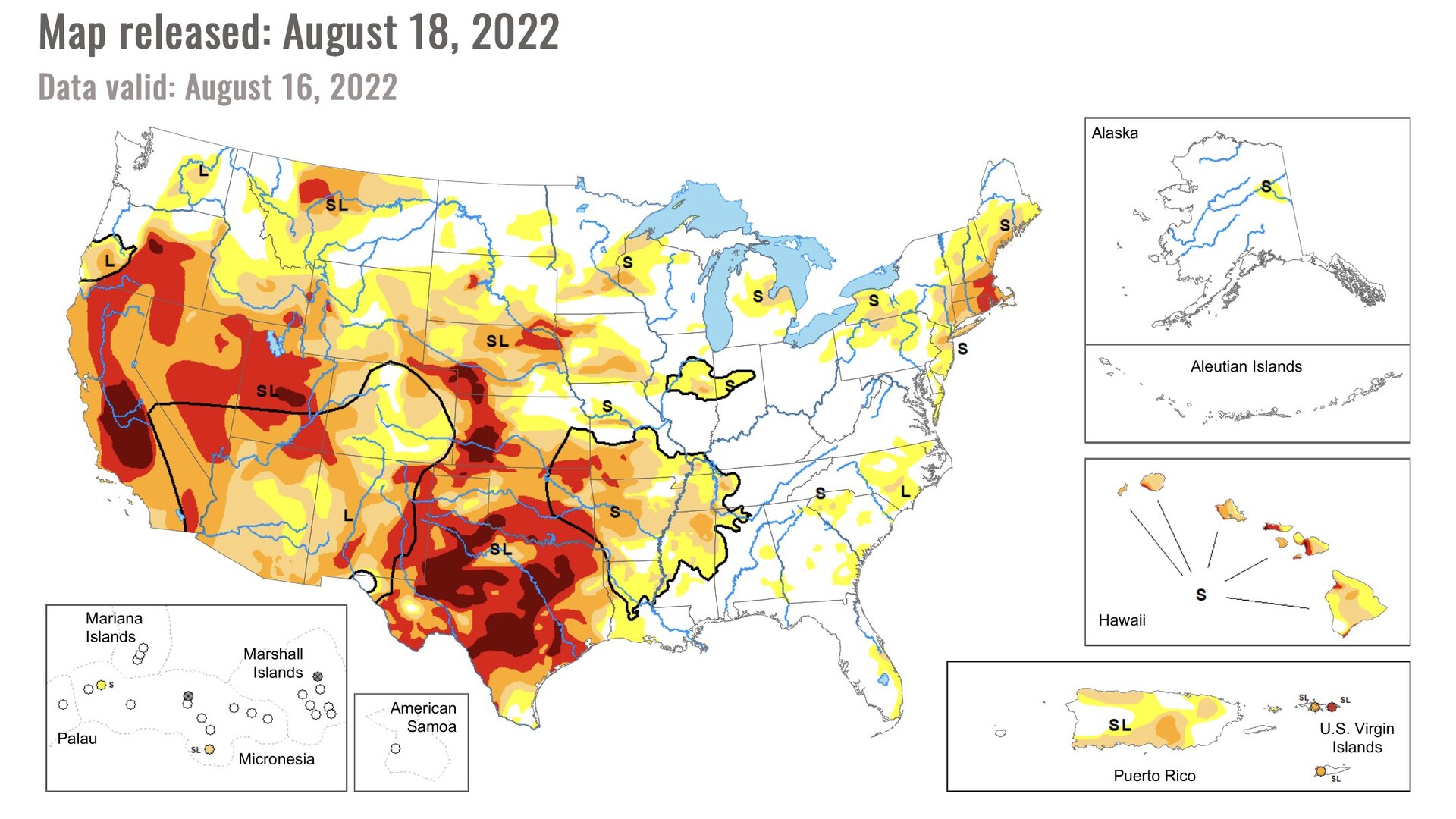 Currently 52% of the contiguous U.S. is experiencing drought and at least 40% of the country has experienced drought for almost 2 full years.

Brad Rippey, meteorologist with the United States Department of Agriculture, says this is a result of the current “La Nina” which appears to be going into its third year.

“One thing that I want to note right of the bat is that it does appear that we’re heading into what is going to be a third consecutive year of La Nina. So one of the biggest concerns for the U.S. cotton belt stretching all the way from California to the southern Atlantic coast is that La Nina does tend to mean drier than normal conditions across much of the southern tier of the country.”

So when’s it going to give?

“We do expect that enhanced drought coverage to persist on through the fall and winter. Now it does look like La Nina could break down late winter/early spring 2023. And if that happens, there is some promise of the return of more normal, more typical weather patterns for the spring of 2023.”

Of course, looking at the drought monitor map, here in the southeast we are fairing quite a bit better than other areas of the U.S. Still, these weather patterns are very impactful on our commodities.