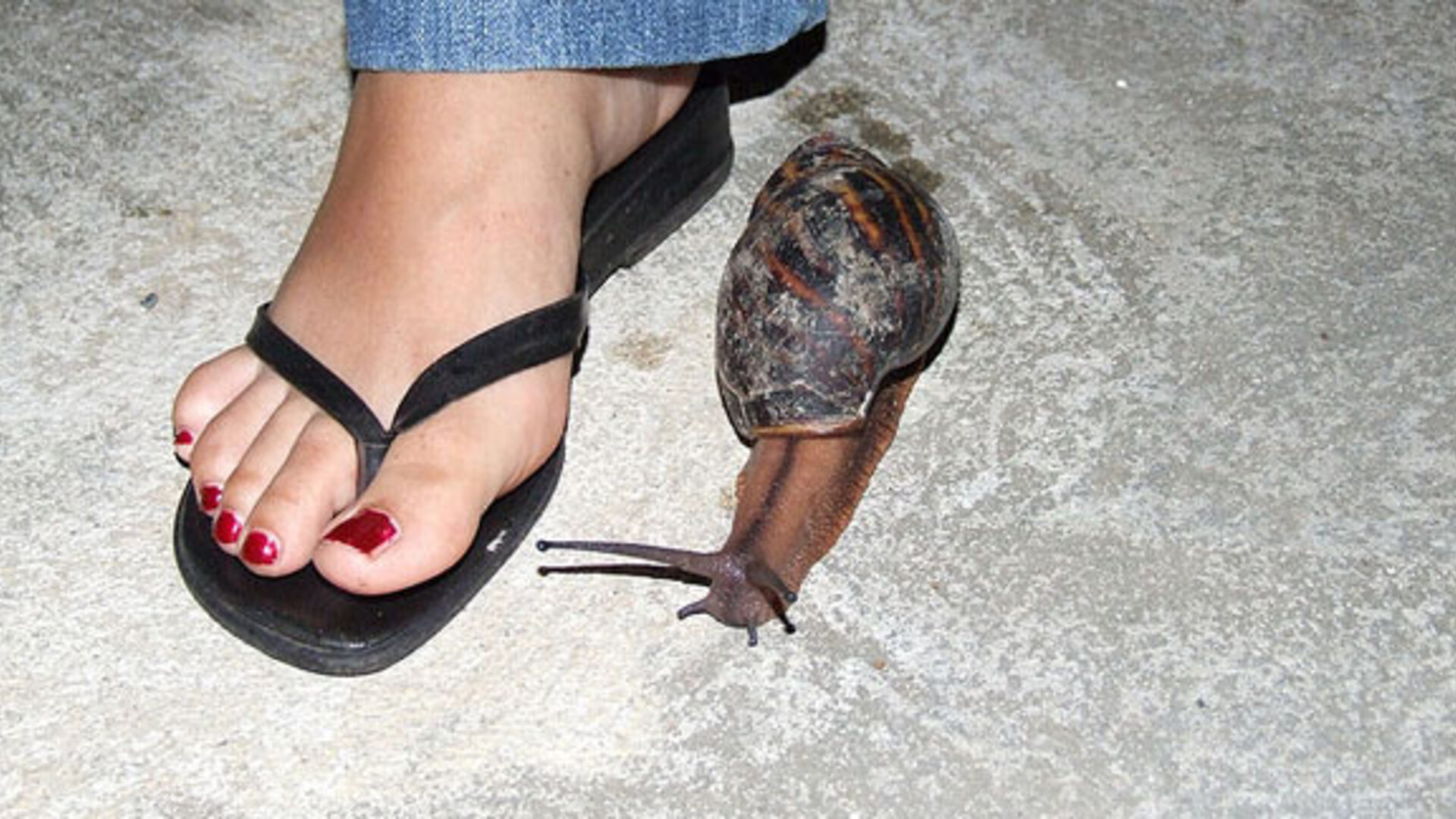 Goodbye…again…to the giant African land snail! Once again the state of Florida has plans to eradicate what the U.S. Department of Agriculture calls “one of the most damaging snails in the world.”

According to NPR, the species has been eradicated twice before in Florida - in 1975 and again in 2021 - at a cost of millions of dollars.

Still, a gardener in Pasco County recently had a confirmed sighting. What do they look like? Let’s just say that when fully mature, they don’t fly under the radar. They can grow up to 8 inches in length and nearly 5 inches in diameter. We’re talking the size of a human fist.

The Giant African land snail is, according to the USDA, a “highly invasive agricultural pest” that can feed on over 500 types of plants. In addition, they carry a rat lungworm, which is a parasite that causes meningitis in humans. And when they don't consume enough calcium from the soil, they munch through plaster and stucco structures.

The area where this snail was found is now being treated. If you see a giant African snail, officials are asking you to call the state department of agriculture or the USDA Animal and Plant Health Inspection Service in your state.