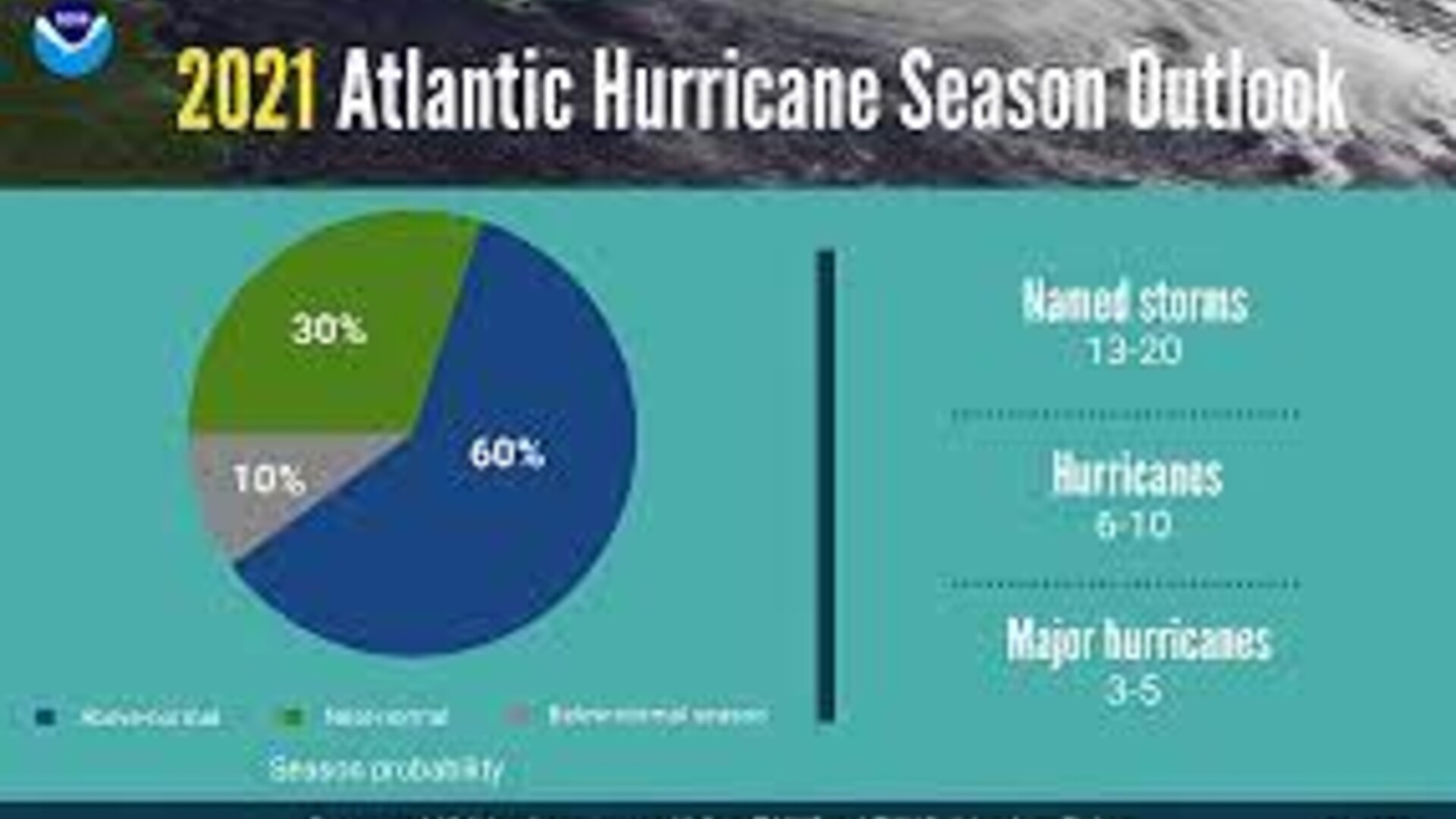 Ben Friedman, Acting NOAA Administrator told the USDA news service there is a 70% chance that we’ll see in the Atlantic basin...

This is the same forecast experts were making a year ago, but before last year’s hurricane season was over there were a total of thirty named storms and a record twelve named storms made landfall in the US. More than 40 billion dollars in damage and tragically more than 430 people died in those storms.

Experts say the good news is that the La Nina weather pattern is not in effect this season. However there are large swaths of warm Atlantic waters and weak trade winds, a combination could be dangerous.