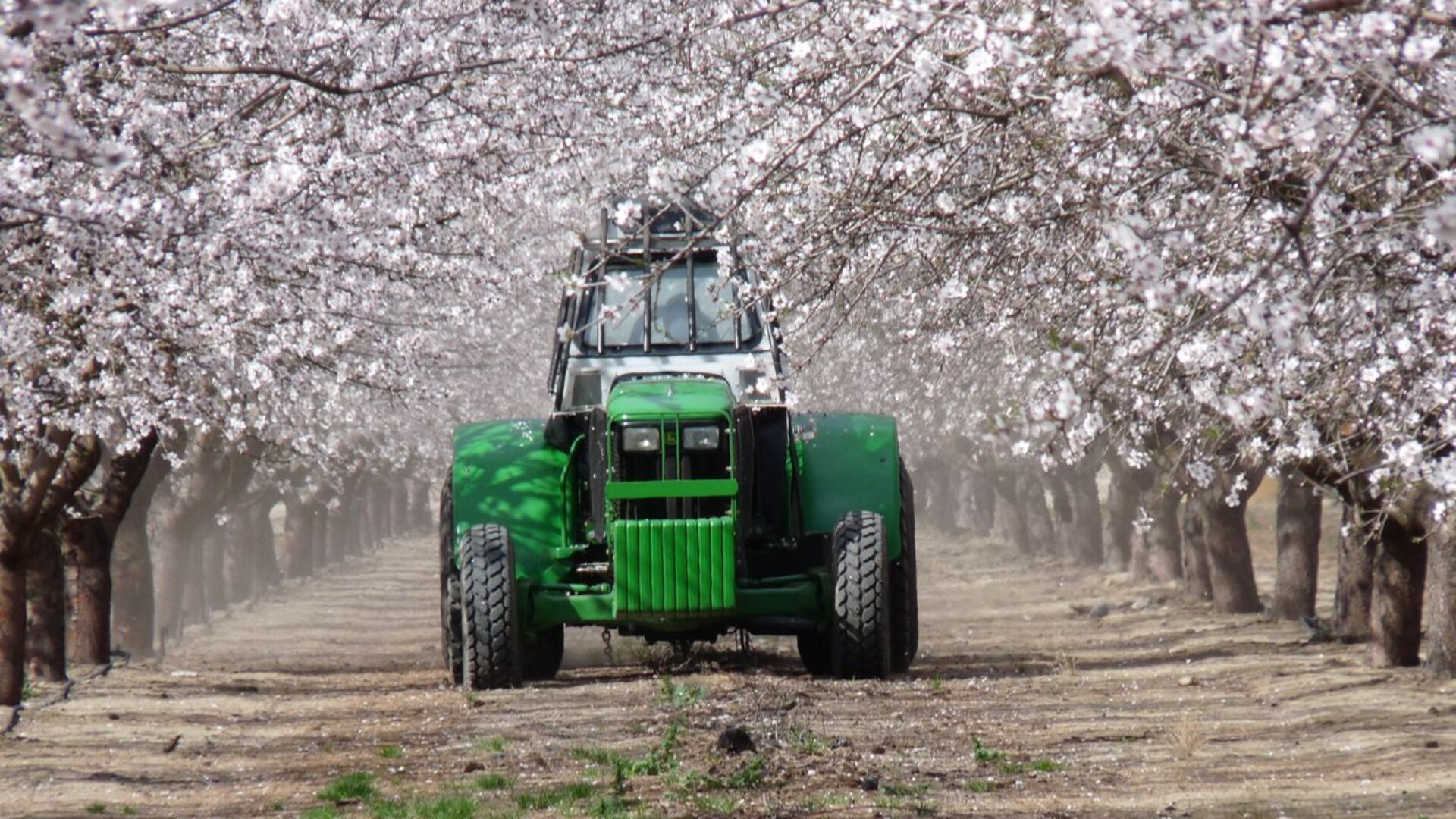 He has worked primarily in tree crops and a big part of his career was on spray techniques and he is well known for Dibble’s Law, which states the best spray coverage is when the driver goes less than two miles per hour down the row.

“We found out right from the outset and continued to prove this with growers and commercial spray applicator companies that speed of travel is very important,” said Dibble.

“The faster you go, the whippier the spray gets, and the spray that is released must be pushed up into the tree by the spray behind it,” said Dibble.

“If the driver is going too fast, there is no spray pushing the spray you just released. Therefore, you lose control of the spray project because you are not getting coverage in the centers at the top of the tree.”

“By going two miles per hour or less, the spray released will be pushed up into the tree by the spray behind it. It just pushes it up,” said Dibble.

“It's hard for a grower to do that because it's a dirty, wet job,” noted Dibble.

However, returning to the orchard for another spray is even more costly. Of course, lack of good coverage will lead to more pest damage before you get back at it.

Speaking of spraying, growers should assess the diseases present in their orchards and select materials carefully. Not all fungicides are equally effective against all diseases.

Paul Wenger on Taking Care of Farmers for Our Food