There is no issue more important to California agriculture than water. Among the many nuances of water in the state are the fact that two of the major systems are operated by different levels of government: the central valley project by the federal government and state water project of course by the state.

Brenda Burman is the Commissioner of the United States Bureau of Reclamation, which administers the Central Valley project. She says she is committed to continued collaboration between the two projects.

Burman… “The projects really run parallel to each other. We have storage on the Sacramento River. The Central Valley Project also has storage on the San Joaquin River. Together we have water that runs through the system to millions of acres of farmland and to over 25 million people.”

In fact, many don’t know that the operators of these two water projects are located right next door two each other.

Burman… “So that they can coordinate on a minute by minute basis on an hourly basis, on a daily basis, on a weekly basis. That's their job is to make sure that we know how the state wants to move their water, and we can make sure that the federal water can be coordinated so that we can both optimize the flexibility we can find in the system in an environmentally sound manner.”

The commissioner is committed to further collaboration to best manage California’s water resources. 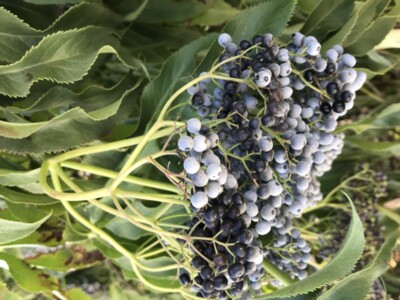 Keeping Up With Growing Organic Demand