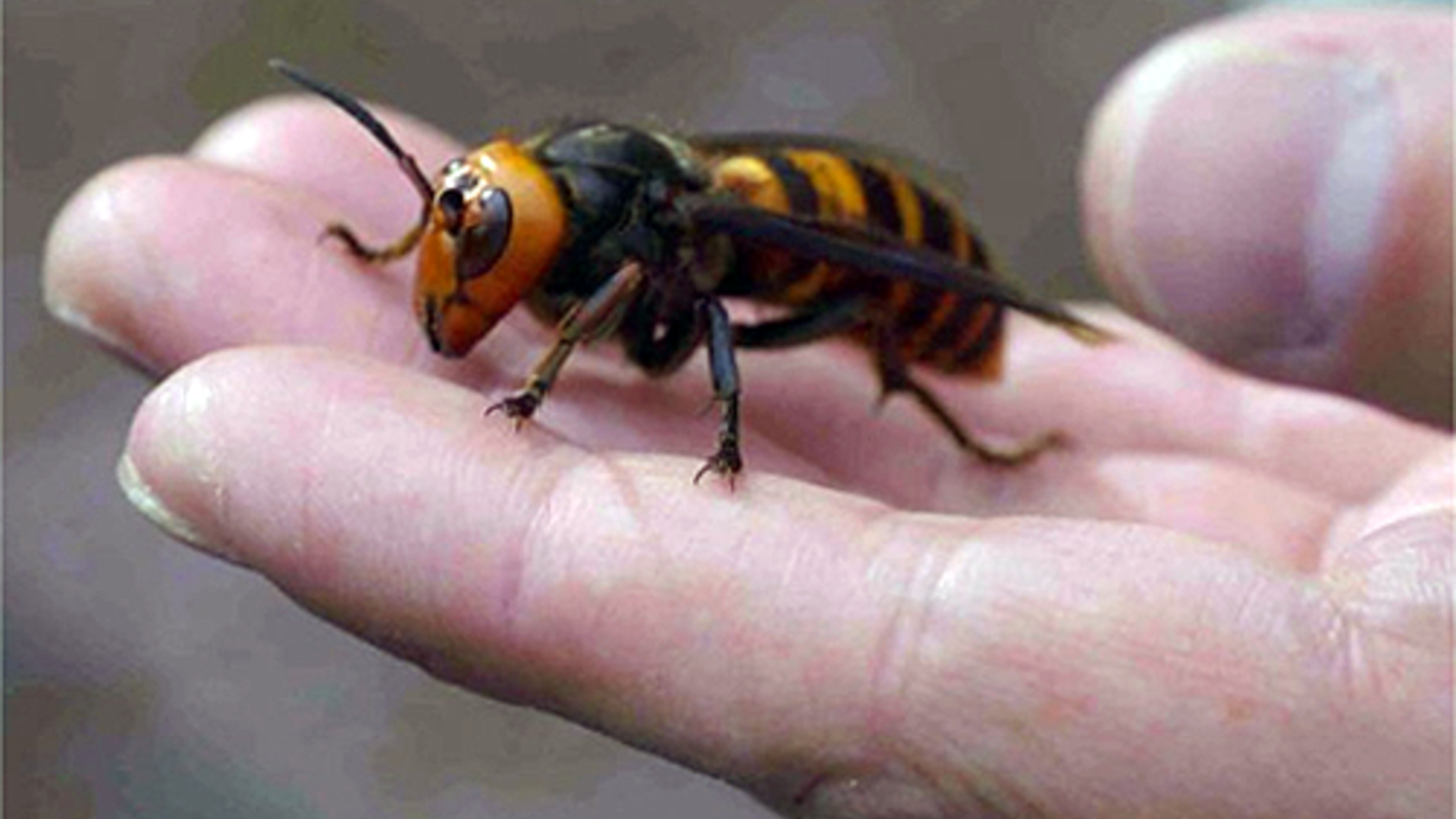 ROGERS … “The Asian Giant Hornet is a true hornet. Its origin is in southern and eastern Asia, including Japan and also eastern Russia as well.”

And, Rogers says its name IS indicative of its size …

ROGERS … “It’s the largest hornet in the world, hence its name “giant,” and for food it uses large insects and honey bees are included in that as a protein source.”

But, Rogers says it is honey bees that we worry about …

ROGERS … “But, yeah, it’s just the larges hornet in the world and it has the potential to cause some serious pain from stings and also can depopulate honey bee hives very quickly.”

ROGERS … “In North America, we don’t think our bees would be able to do that. They just have not evolved that response at this point.”

Bottom line, Rogers says they could be a threat …

ROGERS … “These hornets do get well-established and distributed in the country, which we haven’t determined if they have yet, then they could depopulate some honey bee colonies.”

Tune in tomorrow for more on the Asian Giant Hornets.

BL: Welcome back to another “Fruit Bites” brought to you by Valent U.S.A. With us again is Valent’s Allison Walston. And this week Allison, let’s continue our talk about fruit russet.

AW: You could always grow less susceptible cultivars, but where’s the fun in that? First up, calibrate and check your sprayers for worn nozzles and even spray patterns. Ask yourself when spraying, do you have a solid 4 hours for drying time?

AW: Typical. For apples, in addition to standard frost prevention, start a strong powdery mildew program early. From pink to bloom, apply Promalin 24 hours before or after a frost event to increase fruit set. From petal fall to 25mm fruitlets, apply ProVide to reduce moisture-related fruit russet. And these are some ways to prevent russet. Remember to read and follow labeled directions.