New requirements by the State Department of Health have not been received very well by ag producers who provide housing for workers. Washington State Tree Fruit Association Director of Regulatory and Industry Affairs, Ranie Haas explains.

HAAS: Some of the major changes that the growers are going to be needing to be aware of - probably the biggest one I would have to say is an increase in the square footage required over worker. A few other ones, they're big but not as major; carbon monoxide detectors, locks to bedroom doors in addition to exterior doors, toilet/shower partitions in common bathrooms. There's definitely some big changes that could be very costly.

She says these changes could be very discouraging for producers.

HAAS: In a time that we're struggling through a labor shortage, mandate changes on these worker housing facilities can be really costly and some of these mandates might cause farmers to just not offer housing to their workers.

The new requirements go into effect on January 1, next year but changes don't need to be done immediately.

HAAS: They do have 24 months to fully comply and even then they can ask for a three year extension. They need to start if they're choosing to do this to have it approved then it's going to be 24 months that they need to be complying by. When you're adding square footage to these existing facilities. 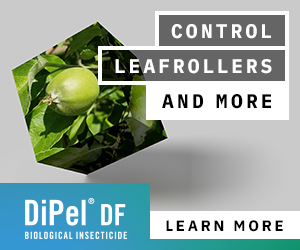