Formed in 2014 Washington Residents Against Wolves is an organization concerned with the management of gray wolves in Washington state. WARAW Board member and spokesman for the group Luke Hedquist shares more about the groups mission
Hedquist: “We felt that our residents needed an avenue to voice their concerns and start the process of proper management of these new apex-predators. But most folks are not exactly sure how to achieve that mission. So a group of avid sportsman — like me — got together and created Washington Residents Against Wolves and raised funds through our local residents to create two billboards that showed what having wolves in Washington really looks like WARAW is a Washington State non-profit organization comprised of concerned citizens about humane treatment of hooved animals — like deer, elk, moose, cattle and sheep ect.; proper wildlife management, private property rights, and safe recreational use for all residents of Washington state.”
The two billboards were posted in around Spokane for approximately 90 days. And those billboards did catch people’s attention as well as the media as Hedquist continues
Hedquist: “The billboards were a huge success. We had several postings in the Spokesman Review, MSNBC, the New York Times, the Seattle Times the Moscow-Pullman Daily News and other sources like that.”

To learn more about Washington Residents Against Wolves go to waraw.org. 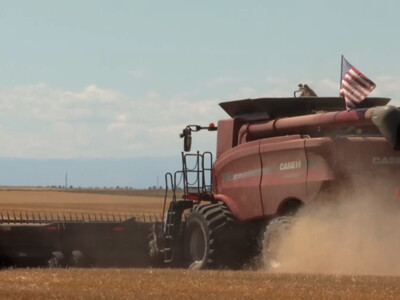