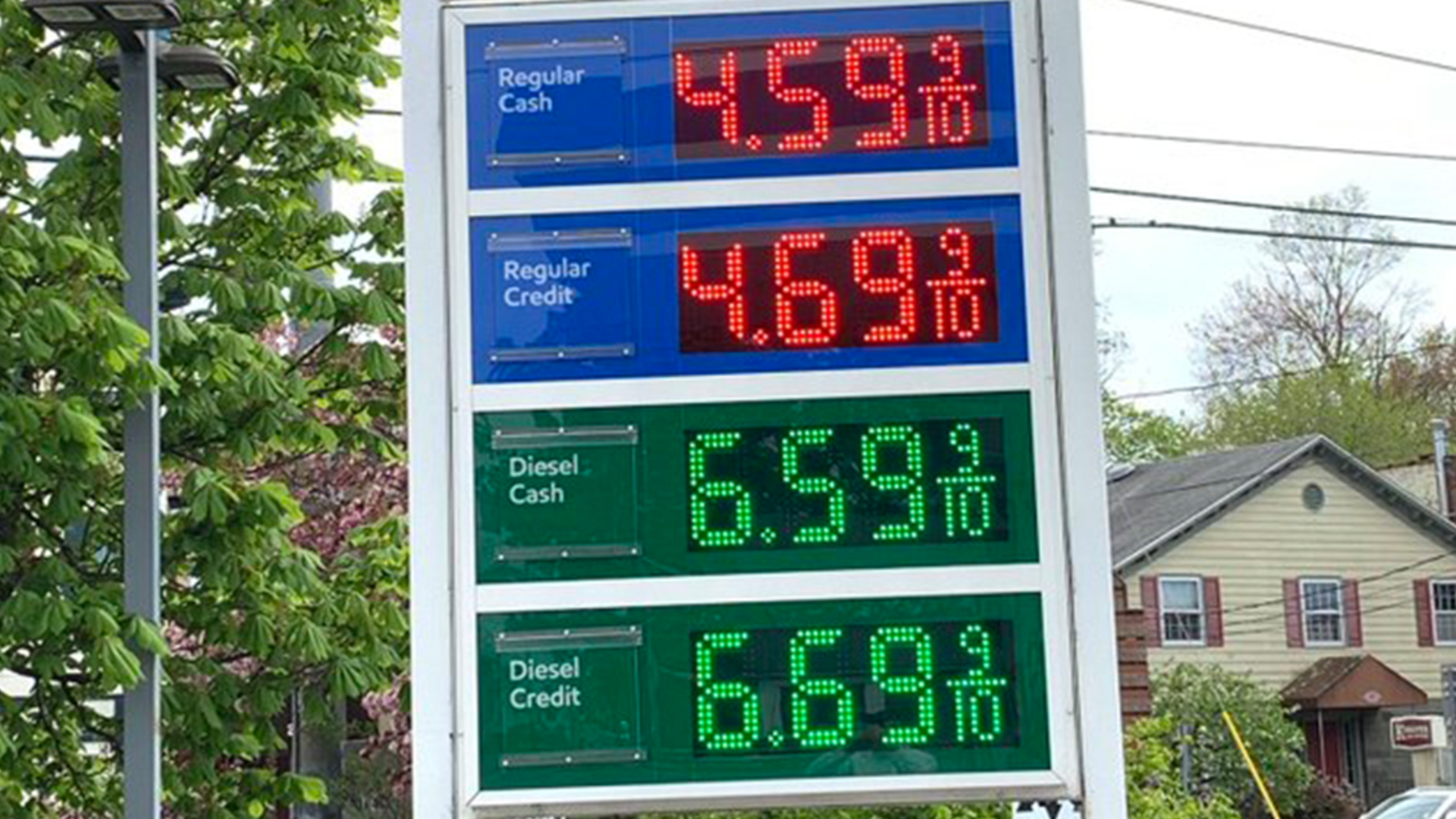 Farmers are already faced with a shortage of equipment parts, tires and some crop inputs. Now, due to increased demand and a drop in production, a diesel shortage may be next as the largest diesel distribution hub in the U.S. is sitting on supplies at a 30-year low.

Diesel prices hit a record again this week. The national average price of diesel is now $5.54 per gallon, which is an increase of 22 cents from last week, which was when the most recent record was set. Data shows there's no state that's currently seeing diesel prices below $5.12 per gallon.

It's a combination of things, but Russia, supply chain trying to play catch-up and lower production along the East Coast are all adding to the dire supply situation.

"Diesel supply is short all over the world due to sanctions against Russian oil and much higher post-pandemic demand as supply restocking takes place," says Peter Meyer with S&P Global Commodity Insights.

Meyer adds the "just in time" supply chain model only exacerbates the problem as the supply chain works through issues that date back to the Covid-19 pandemic.

Some farmers are now even reporting farm diesel prices are higher than on-road diesel, which is typically not the case.

Record prices are one thing, but getting your hands on enough diesel may be the next issue for farmers.

"Certain areas of the country have seen shortages already and we expect that to continue. Supplies at New York Harbor–a hub for diesel distribution–are at a 30-year low," says Meyer. "As such, the East Coast of the U.S. has been hit especially hard, resulting in diesel prices above $6.00 per gallon in that area, well over the equivalent of $250 per barrel. Exports of U.S. gasoline, diesel, and jet fuel to Latin America is also very high, adding to the tightness."

The bottlenecks in the diesel supplies are not a shortage of oil that the U.S. is dealing with, even with the sanctions against Russia. Instead, Meyer says it's a shortage of refining capacity on the East Coast.

The problem on the East Coast is refining capacity, not so much the supply of oil," he says. "East Coast capacity has been cut in half from 1.6 million barrels per day to 800,000 barrels per day over the past 10 years as half of the refineries in the east have shuttered. Lower production capacities and higher post pandemic demand has caused this squeeze in the eastern U.S."

Meyer says making price forecasts is proving to be extremely difficult considering, but margins are enticing refiners to produce as much diesel as possible.

"When the profit margin on producing diesel is over $70 per barrel, every refining company in the US will be doing all they can to produce as much as they can," says Meyer. One bright spot may be that after a cold spring, heating oil demand will obviously diminish quickly in the summer months."

Meyer also says renewable diesel production may actually benefit from the historic spike in diesel prices, but he points out soy oil, which is still the predominate feedstock, continues to take its lead from the oil product markets and is overpriced for many.

There's a higher demand around the globe for products like diesel, heating oil and jet fuel, which are known as “middle distillates" since they are made from the middle of the boiling range when oil is turned into products. The U.S. currently exports more than 1-million barrels of distillates every day to countries such as Mexico, Brazil and Chile.

So could an export ban be coming for diesel fuel?

AgriTalk host Chip Flory put that question to Farm Journal Washington analyst Jim Wiesemeyer during this week's "Signal to Noise." Wiesemeyer says while it's not known to be on the table at this point, anything his possible.