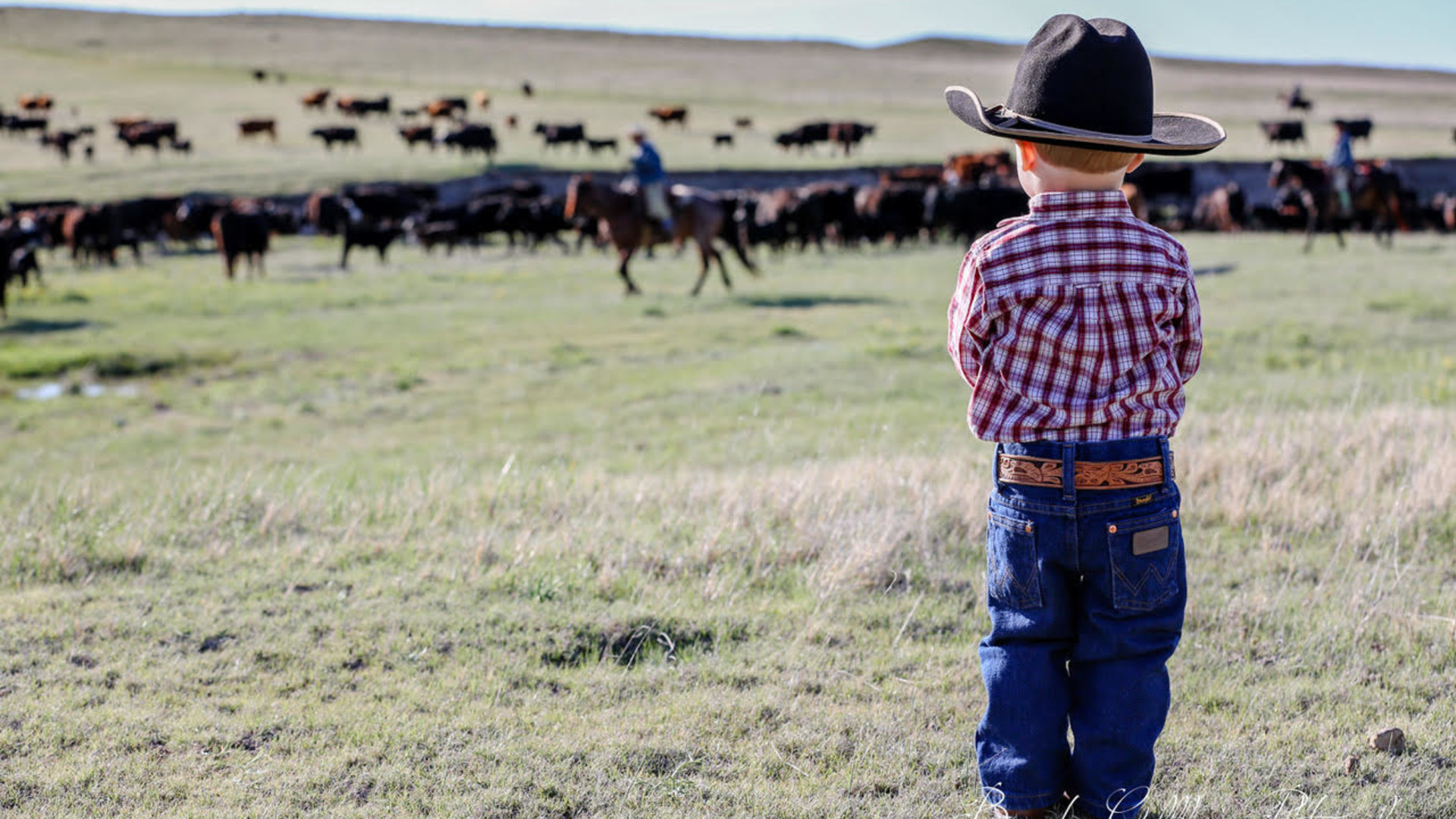 A toddler stands with his back to the viewer; red plaid cowboy shirt, wrangler jeans, carved leather belt, and a pint sized cowboy hat. His attention is fixed in the distance where his dad and older brothers, on horseback, steer cattle toward a branding pen.

It’s a touching photo of a family cattle ranch in Peetz and it’s the grand-prize winner of the Colorado It’s Agricultural Photography Contest. The photo of the little cowboy Waitley, was made by his mom Brandee Gillham who titled it “Pursue the Dream.”

Gillham:“What’s going on in the background is actually the gather before the branding. So we’re bringing in all the pairs toward the branding pen. If you find the cowboy on a horse in the background, that’s my husband. So it’s just really him looking at his daddy adoringly. My two oldest were riding and then I had the two littles with me as I took pictures. And when I took that picture of Waitley with his daddy in the background I just knew this was an awesome picture. I love what this picture says.”

Gillham says she is not professionally trained but she is sought after for weddings and family photos. says she took about 600 photos that day. Her camera is a Canon Mark III with a 70-200m 2.8 lens. For budding photographers, she says keep the camera with you wherever you go.

The “Colorado...It's Agricultural” Photography Contest is sponsored by the AgInsights Committee, Colorado Department of Agriculture and Northeastern Junior College. Winners were selected based on relation to Colorado agriculture, creativity and technical quality. Winning photographs in several categories will be displayed at Northeastern Junior College in Sterling . They are also available online at www.coloradoagriculture.com.