The Walter Clore Wine & Culinary Center has announced the hiring of April Reddout as Tasting Room Manager. Reddout says she is excited about rejoining the wine industry.

REDDOUT: I was the tasting room manager at Heaven's Case Cellars. That's where I learned how to launch a tasting room and tell the story of an emerging winery and have a great time connecting with people and dissevering what a small world it is in wine.

Of course the Clore Center will be focusing on wineries from all across the state.

REDDOUT: We are committed to promoting all of Washington wine so as we're designing our program we had decided the focus on a different AVA every month starting in June and we'll just rotatoe the focus and we'll be bringing in wine from the different AVA's so that we can tell the story of what else is available in Washington and educate our visitors.

REDDOUT: We've had a great response so far. We were at Taste Washington. The Walter Clore Center has been in the works for so long and people have heard enough about it so now that we're actually close, we're ready to launch, it was great to network with folks and get that positive feedback from them and see how excited they were. It's finally here. We're really opening, it's happening and time to get involved and really make this a jewell of a place for people to visit. 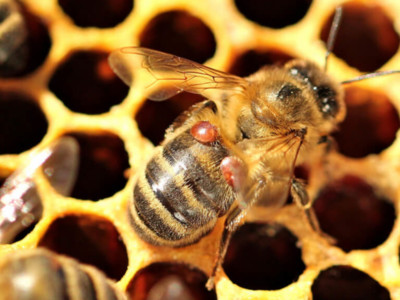 Colorado at the Spear point of Virus Research Wed Apr 1